A photo mapping out the human face divided into areas where acne may appear is going viral on Twitter. The diagram apparently shows that the presence of acne in a region of the face suggests which organs have an excess of toxins.

“This diagram shows us if toxins have accumulated in certain organs based on the location of acne. The things we eat and waste products that cannot be processed by our organs are rejected by our body in the form of pimples. That’s why when you don’t eat too much sugar and fat, you don’t get acne. The body is interesting,” the caption said.

The authenticity of this diagram, which was reportedly taken from  the New England Journal of Medicine, has yet to be determined.

In traditional Chinese medicine, the location of acne is believed to indicate health problems in different parts of the body as indicated in the map below.

According to WebMD, acne is the most common skin condition primarily affecting teenagers undergoing hormonal changes. Acne is caused by the body’s sensitivity to male hormones, bacteria on the skin, as well as fatty acids on some oil glands.

As for Dr. Li Bin of the Dermatology Department of the Shanghai Yueyang Hospital of Integrated Traditional Chinese and Western Medicine, acne is not just a superficial skin condition.

“Skin conditions are not as superficial as they may seem. All are caused by toxins and imbalanced energy inside your body. Take acne for example. When imbalanced energies can’t pass through the body freely as they used to, they collect and become toxins inside, resulting in acne on the face,” he explained. 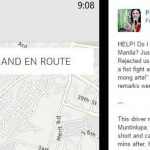 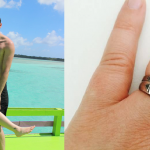