A woman was seen defending herself after a customer sexually assaulted her in work. How she defended herself turned him down smashing the floor.

The video was uploaded by a patron in the restaurant who got, among many, the first hand experience seeing the waitress fighting back against a guy initiating to thrust bills into her blouse.

Customer’s action triggered the waitress to push him back, causing him to lose balance on the chair. He din’t stop until he grabbed her butt only to taste her knock out revenge.

We don’t condone violence neither we support harassment. If someone puts you in boil, keep calm and defend yourself. Don’t want to get in trouble, don’t mess with anyone. As simple as that. 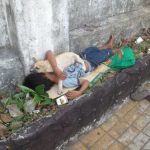 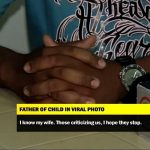