A young Filipino achiever is set to become the youngest lawyer in Australia.

Obtaining a law degree from the University of Southern Queensland at the age of 18, Jozef Maynard Erece was recognised by the Australian Scholarships Group as “the youngest lawyer to graduate at 18 years in the Southern Hemisphere.”

Interestingly, Erece is hailed as the youngest individual to get a Bachelor’s degree from the institution.

Born and raised in New Zealand to Pinoy parents in 1996, Erece will be able to practice law by June. According to Erece, he pursued a law degree in order to create a positive change in the society.

“Whether through law, commerce, politics, the academia or otherwise, my humanist aspiration to precipitate empirically positive change will remain a constant,” Erece said in a statement.

The young Pinoy, who is currently taking a Graduate Certificate in Legal Practice at Queensland University of Technology, plans to be admitted to the Bar Association of Queensland. He also intends to take a post-graduate degree.

The son of educator Maynard Erece and Dr. Josephine Ana Borja, Erece showed signs of being a gifted child in his early years. He began reading a book at the age of three, and was able to publish a book in New Zealand at the age of 8.

Accelerated by three years, Erece finished as Valedictorian at St. Peter’s Catholic School in Cambridge, New Zealand at 11. In 2012, Erece began taking a law degree at the USQ. After just three years, he was able to obtain the highly-coveted degree.

Furthermore, Stanford University invited Erece to study under their Institutes’ Program. The special program is intended for gifted youth. However, he and his family chose not to take the program.

More than an Academic Achiever

Aside from being an academic achiever, Erece also excels in the world of sports.

Standing 6 foot and 2 inches, Erece is an accomplished basketball player. In fact, he was the youngest player to take part in the semi-professional Greater Brisbane League Gold tournament. Moreover, he was also invited to participate in the Nike All-Australian tour to the United States.

A holder of Dan black belt from the Kukkiwon World Taekwondo Headquarters in Korea, Erece is the youngest local instructor of Taekwondo. 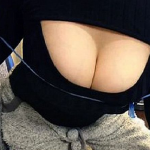 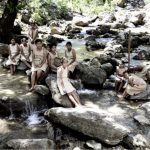