Everybody says nothing lasts in show business, specially couples. But when you see these couples together, you will want to believe in forever. You see them everywhere: on social media, on billboards, on TV, some of them in movies and in magazines. They have the greatest number of followers on social media and they are asked to endorse almost all kinds of commodities. They are actually the most influential couples in the country.

Who says Filipinos cannot have a Brangelina? For all we know, our showbiz couples even have a better love and life story than theirs: Pinoy showbiz couples that millions of people would like to emulate. What they have is not just chemistry, but a genuine relationship that every couple dreams of having. And it’s not just the love story they have that makes them powerful. These couples also have that “magic” that even the people around them feel, and that is why not only the public, but also big companies trust them to be the face of their products.

But of course, we could only count a few of them here in the Philippines. We have chosen the best of all the best couples in showbiz. The couples that give everyone the feel-good vibes when we see them together, the Philippine showbiz’s royalties,

Also known as “Kathniel”, this is the only unmarried couple we have on our list. This couple has never confirmed their relationship verbally, but their families and people around them know what they have is really something special. Their chemistry spills beyond the camera and people who work with them see how they sweet they are to each other even off-cam. They have million-peso endorsements as individuals and as a couple. They have starred in a couple of high rating telenovelas and hundred-million peso movies. People love them because they don’t have any issues and dramas, and their wholesome love-team has made fans from all ages and from all walks of life. Truly, one of Philippine Showbiz’s power couples!

People love them even before they got married, but when Zoren surprised an unsuspecting Carmina in a mob-like proposal and impromptu wedding, the Filipinos loved them even more. Together with their beautiful twins Cassy and Mavy, this couple has taken over every kind of product endorsement. They also have never been in any publicized drama and their genuine niceness is what people love. The couple that proved that timing is everything, Carmina and Zoren takes the fourth spot in our Top Five Showbiz Power Couples.

The “Dongyanatics” love them! Marian and Dingdong started their love story a bit shaky after Marian was accused as the third party in Dingdong’s previous relationship. Once thought to be just a rebound relationship, this couple has proved everybody wrong. From their chemistry in the telenovela “Mari Mar” in 2007, the couple has finally tied the knot in December of 2014. This couple is not only just the “lifeblood” of GMA-7 but also are founders of different charities and foundations. Showbiz Power Couple number three is no other than GMA’s Royal Couple, Marian Rivera and Dingdong Dantes.

One is a basketball superstar and the other is a former teen star. They are the only couple in our list that cannot be considered “showbiz”, but with following they have on social media and the number of endorsements they have together with their kids, this couple deserves to be put on the second spot of our Showbiz Power Couples. They coined the word “team” for family from “Team Kramer” and their beautiful kids already have millions of fans all over the country. The couple does not only share happenings in their family but their strong faith in God. Their faith is what made them stand out and have that “power”. The couple (and family) everybody follows on Facebook, Instagram and Twitter, Doug and Cheska Kramer.

Judy Ann Santos and Ryan Agoncillo is our top Showbiz Power Couple. From being in the same telenovela to confirming their relationship, from their secret wedding, and now raising two kids, this couple truly deserves to be on top. They managed to both stay in the limelight as a couple and as individuals. They have endorsements left and right and have TV shows they’ve starred in as a couple and as individuals. Their love story is also one that many people dream of: being able to marry the man of your dreams even if people think you are totally different, and being with the woman whom everyone thinks is hard to reach, but is actually the perfect one who makes you happy. The couple to beat on top, and the couple we know will last forever: Judy Ann Santos and Ryan Agoncillo.

We certainly hope their partnerships will stand the test of time and that they will be able to be good role models to Filipinos, not just to the couples but to individuals as well. Kudos to these couples! 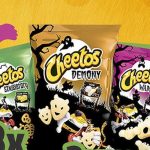 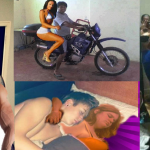