Russia – Police are now hunting down a group, including a doctor, who allegedly drugged a local celebrity and removed his testicles.

It all started when Dmitry Nikolaev was approached by a young woman with blonde hair at a bar following a theater performance in Moscow. They enjoyed a few drinks as the girl continues to flirt with him and invited the soap opera actor to a sauna.

The 30-year-old man, though married, agreed to go with her.

According to a police, “They kissed and had some more beer and after that the actor remembers nothing.”

The victim found himself the following morning at a bus stop in great pain and bloodied trousers.

He was rushed to a hospital where doctors revealed that his testicles had been cut in a very skillful way, as if done by someone with a medical background.

The police believed his beer was has been drugged with a roofie-like substance before the cutting procedure took place.

Police officers are now tracing the gang who they believe to be selling human organs on the black market.

Reports said that Nikolaev was too embarrassed to tell his wife what happened.

Because of the incident, Nikolaev chose a different career path, now working as a children’s animator for TV and movies. 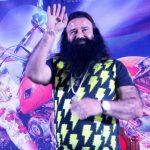 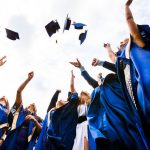