MANILA, Philippines – The family members of Jam Sebastian, one half of the popular Youtube pair JaMich, revealed that the Youtube star is considering to end his sufferings because of his difficulties in battling cancer on Saturday, January 31 during an episode of Startalk.

Sebastian was diagnosed with stage 4 lung cancer in the first quarter of 2014. He opted to be treated using integrative medicine based on his interview with Kapuso Mo, Jessica Soho last year.

His mother, Maricar, said that Sebastian has been staying in the hospital for 10 days. However, Sebastian chose not to receive chemotherapy treatment because he wants to regain strength first. Sebastian has also refused checking of his vital signs.

According to Sebastian’s older brother Yexel, the Pinoy celebrity sent a text message to his family members saying that he is considering “mercy killing” because of the difficulties brought about by his disease.

Meanwhile, Maricar, who admitted that Sebastian is already tired of battling his disease,  told Sebastian not give up on his fight.

When asked if the upcoming wedding of Sebastian and long-time girlfriend and Youtube love team Paolinne Michelle Liggayu will push thru, Maricar said it will be difficult since Sebastian wants be well before tying the knot. She confessed that the Youtube celebrity can’t stand at this point.

In 2011, Sebastian and Liggayu, also known as JaMich, rose to fame after uploading their first video By Chance in their YouTube channel. The video earned more than 7 million views which catapulted them to Youtube stardom.

The pair became engaged last year after Liggayu proposed to Sebastian at The Feast in PICC. The video of the proposal became viral hit gaining more than 2 million views on Youtube. 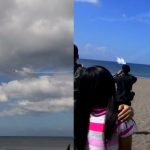 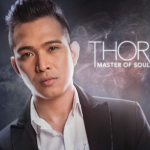