MANILA, Philippines- Convicted for “offending religious feelings”, Carlos Celdran will be appealing his case before the Supreme Court.

A cultural activist, performing artist and a tour guide, Celdran became the subject of controversy after staging a one-of-a-kind protest against the Catholic Church’s efforts to impede the then Reproductive Health bill which is now a law.

In 2012, Celdran, who earlier apologised for such act, was found guilty of violating Revised Penal Code, Article 133 by the Metropolitan Trial Court in Manila.

“The RTC was correct when it found that in conformity with one’s right to free exercise of religion, the faithful may, within the limits set by laws, rightfully practice and observe their beliefs, unimpeded by unfair interference from other people.”

Celdran’s proposal to abolish Article 133 of the Revised Penal Code was also dismissed.

On his Facebook page, Celdran shared his sentiments about the Philippine justice system.

“It saddens me to hear this decision upholding my conviction for ‘offending religious feelings.’ I’m sad not only for my case in particular, but for the Philippines as well. This conviction is just a symptom of a larger disease.”

Celdran stressed that the country needs to address such issues in order to move forward.

“There is a bigger picture of corruption and patronage in the Philippine justice system,” he added.

After the court released the decision, Celdran posted a public message to Pope Francis, who is set to visit the Philippines this month.

In his message, he wrote:

“Please have a word with the bishops of the Philippines. Truth be told, I don’t mind going to jail. I only wish that your message of forgiveness, reason, and tolerance finally reaches their hearts and their minds.”

Article 133: An Outdated and Dangerous Law?

So what exactly does Article 133 of the Revised Penal code provides?

“Offending the religious feelings. — The penalty of arresto mayor in its maximum period to prision correccional in its minimum period shall be imposed upon anyone who, in a place devoted to religious worship or during the celebration of any religious ceremony, shall perform acts notoriously offensive to the feelings of the faithful.”

In his 2013 interview with GMA News, Celdran stressed that the law he supposedly violated is already outdated. 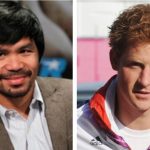 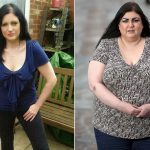