“Do we still have a second chance? Naniniwala ka rin ba na (do you also believe) our love story deserves a better ending?”

With that, Ginny (portrayed by Toni Gonzaga) turns the world of her ex-boyfriend Marco (Piolo Pascual) askew in the box-office hit movie “Starting Over Again.”

“Awit ni Ginny,” a song Toni wrote inspired by her character and was written during the shoot of her box-office movie “Starting Over Again,” which also stars Piolo Pascual. According to Gonzaga, her character in the movie as Ginny gave her deep emotions, that she was so caught up with it, she poured it all in a song.

Gonzaga shared, “I Came to a point where in I’m so vulnerable and I was able to relate so much with every song na inawit ko doon sa album.”

“Celestine,” her album’s title, also Toni’s real name, is the most personal album for her because there was a time that she became vulnerable with her feelings and she can relate to the songs. Toni started out in showbiz as an aspiring singer but made her breakthrough on television as a TV host. 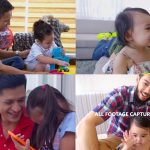 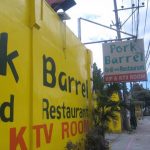