“How are you? Honestly, tell me how are you?” a simple question that could save somebody’s life who is struggling with depression.

On Monday, April 1, it was not an April Fools’ Day prank that shocked every one, but it was the sudden death of Mark Joseph Ubalde, a broadcast journalist and The Manila Times columnist. 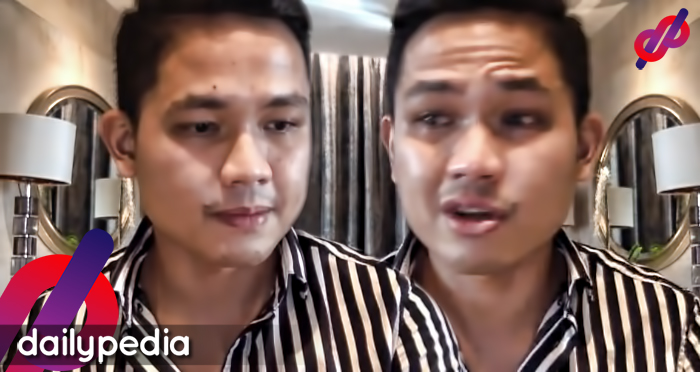 A 33-year-old journalist was found dead in his hotel room at the Shangri-La at The Fort in Bonifacio Global City (BCG) in Taguig City at 5:30 p.m and was confirmed by his sister Shyrl Ann on a Facebook post.

According to the BCG Police, Ubalde’s body was found lifeless in the bathroom after someone had asked the hotel guest service center to check on him because he’s not answering his phone call. Right at the moment, the Shangri-La’s in-house physician declared him dead.

Ubalde had finished his degree in journalism at the University of the Philippines in 2007 and after three years, he earned his Certificate in Online and Multimedia Journalism from the International Institute for Journalism in Berlin Germany.

In 2009, he started his career in journalism for GMA News as s senior news producer and on the same year he was awarded for his report on absentee mothers called “When Mom is Away, the Family goes Astray.”

After two years he transferred to TV5 as multimedia Reporter for InterAksyon.com and won Best Online Report at the Migration Advocacy Media Awards for his report on “Highlights and Lowlights: 38 years of Pinoy Abroad.”

Then in 2013, he became a content manager for News5.com.ph and managed the pioneering team of N5E, as the new site generated over 48 million unique visitors in 2014.

Using his social media expertise, he later worked as a consultant to the Asian Development Bank, the Presidential Communications Operations Office and in the Department of Information and Technology. Ubalde also helped in creating the National Government portal’s communication strategy and spearheaded the revamp of the gov.ph website.

Last year, Ubalde started writing his column, “The Digital Nomad” for the Business Times and later, the Sunday Business and IT sections of The Sunday Times that would discuss on many relevant issues like how business can find benefit from social media, searching for ideal social media influencer and finding ways on how to fight fake news on the Internet.

With all these achievements in life, seeing Ubalde as an efficient and very competent person he has mastered the art of pretending (to be fine).

After his death, “The Digital Nomad” had posted his video titled “My Depression”.

This talked about his struggles with depression as he was clinically diagnosed by a psychologist after not able to sleep for two months straight in 2016.

On his half an hour video, he advised those who are undergoing depression to seek out for professional help and don’t self-medicate.

He also traces back his experience that might have become the root cause of his depression.

Ubalde knew that there is a lingering sadness in him even when he was om high school or as early as grade six. It started when he thought how to survive without his grandmother.

“It started when you were thinking na parang I don’t know how to survive pag nawala yung lola ko and I was in grade 6 then. I would always check up on her and I sleep over sa bahay sa Fairview, I would always went to her and make sure she’s breathing.”

When he was in his sixth grade, he remembered having an experience of anxiety attacks thinking of what he would be.

At his young age and being academically gifted, he had to maintain his grades and extra-curricular activities which he thought have also contributed to so much pressure on his part.

Ubalde is also known for Seph wanted to show in his video that “people who are depressed don’t necessarily fall into a box” as always sad or non-functioning individuals who don’t want out of the bed for the entire day but for him, depression has another face.

He admitted that he is a functioning depressed person. Thinking that he has a very jolly out-looking life, who would always smile, having good friends, had laughed a lot and make other people laugh a lot, seeing him as very well composed and confident person but when he’s alone depression comes in.

“Outside you can see that I’m very well composed and confident but deep inside when you’re by yourself and your all alone, that when the façade crumbles, that’s when you have to grapple with your demons or monsters all throughout.”

What could a depressed person need?

When you say it, you mean it.

Seph would have wanted friends who would ask simple questions like “kamusta ka na?”, “how are you?”,  “what have you been up to?” as they take that seriously but the person or a friend must mean it .

“I stood out with my friends before that you have to really mean when we say “how are you?” hindi yung parang nakita mo siya after a while and say kamusta ka na? It has the same level as “ Uy! kumain ka na? or Uy! kain tayo! It just a gesture, it’s empty but when we start asking and if you know this person is depressed like me, you really have to mean it.”

He also said that friends don’t have to say anything, what is more important, is to wait for a sincere answer from them or answer more beyond usual conversation, friends who are genuinely check-up on you and would really ask you, how are you?

“I wish I have more friends who really mean it when bumped into them and tell me “uy kamusta ka na?” that would really be pressed on saying “no..no..no..yung totoo, kamusta ka na?”

Depressed people like him would feel that their alone but having more friend who would press them to tell their true feelings could have helped them to open up their problems and would not keep it within their self.

“Asked someone genuinely how are they doing and don’t escape with the answer of I’m fine. I’m fine is the idlest words among depressed people, because it’s a mask “I’m fine” A depressed person is never fine”

Friend, lend me your ears.

Seph would also want friends who have the patience to listen as he was fortunate enough to find one named “Ricky” who would always be there when he had his depression attacks.

“I wish I have friends like him, friends I can call at midnight when the fangs of depression are attacking. “
The common response that we hear advising or comforting a depressed person could be the worst things for them hear

As a depressed person, he would advise that it is important to lend an ear and never compare your friends’ pain to your own pain because both of you living different lives and your experiences were different. Seph also said to stop downplaying depression as a mere face especially for those who are clinically or diagnosed as a depressed person.

“It’s a process, it is not something na ginagawa lang excuse… No! It’s not!

“When people look at me they won’t say that I’m depressed. There are moments that I look sad but I can bounce back… I mean mabilis I’m a master at pretending, even the way I look it, and it doesn’t manifest what I’m going through.”

All he ever wanted was a friend who would listen and acknowledge their pain that it is legitimate and not imaginary, more friends who don’t disappoint him, who would not leave. He also tries his best to reconnect to people who had been part of his life but because of the distance, he can’t easily get connected with them.

He also had wished to have a sensitive friend who would know that he was only pretending to be fine.

Support from my family.

In times of trouble, one’s family would always be there or is expected to help a person suffering with depression but for Seph, he not with him.

“I wished I had a support system in my family, that willing to talked about mental health issues and not mere dismissing it as “mapahinga ka kasi” or “magsimba ka kasi lagi” coz I come from a very religious family.” he said.

“I would always the tell them that “ang tao na nasa garage ay hindi nagging kotse at ang taong laging nasa simbahan ay hindi nagiging santo” it not about the structure , it’s about personal relationship with God whoever maybe in your life and I don’t appreciate relative would say “may pinagdadaanan lang siya.”

Seph recently been out of a relationship and had also wished to have a partner who would understand that he is undergoing depression and would not leave or would have stick with him for a while. For it does not define who he is, it a part of that he is trying to manage, overcome and understand.

A desire society for a depressed person.

He wanted people who would not treat it as a “Fad” but who would turn this mental health issue as an opportunity for a business.

“He wants mental health solutions or therapy to be retailed but mental health is not a clothing store or you could pass it as a commodity.”

Depressed person are not weak. They are the strongest people I know.

“People who are undergoing depression were so ashamed of themselves maybe it is because they look normal but don’t act normally,” he said.

He felt so sad when he sees people who took their own life it’s because pain becomes unbearable that death seems to be a lesser pain. Knowing depression he would say that “We’re not weak, we are strong” and every day is a struggle.

“If I told my story when I was I kid, everything underwent, you wouldn’t have survived.”

His final message to all who are depressed is to fight it as he also pleaded not to judge a depressed person who has given up on living.

“For people who are depressed or undergoing any mental health issue “fight” not everyone as brave as we are. Fight the when it seems like every day is a struggle and you’re not winning anything “fight” not just for your family, not just for your friends, “fight” for yourself. And for those who have decided not to fight anymore “please don’t judge them, you don’t know what they been through. Hope to see you and just be kind to one another be understanding of each other’s struggles. See you on the other side.”

His words should not be taken for granted, for he himself has experienced how hard fighting depression is. This might help us to save somebody’s life because only a few have survived and most of them have given up.

Behind Mark Joseph Ubalde’s success, his depression have overruled him, hid life. 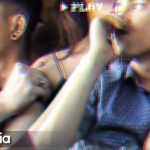