During campaign period, politicians normally use different strategies to attract the attention of voters and one of those is modifying popular OPM songs as campaign jingles. Jingles are effective means to make a brand awareness and recall for their names during the election.

However, this practice negates the will of other musicians because these politicians mostly did not seek permission from the composers.

He was referring to the use of popular songs without any permission as campaign jingles.

The former Eraserheads drummer posted on his Twitter account pleading to NOT vote for politicians who have used unauthorized OPM songs as their election campaign jingles.

“Whenever you hear an unauthorized bastardized version of a popular song as an election jingle, pls don’t vote that candidate,” Marasigan said.

A Netizen named King Audric asked Marasigan how they will know if a song was authorized by the artist.

The rocker replied to the Netizen that they can inquire with the artist and his management, or the Filipino Society of Composers, Artist and Publishers (Filcap).

Marasigan’s post caught the attention of the netizens and agrees with his allegations.

actually, it's still quite fishy even if they obtained the right to use the tune legally. that would cost millions (probably) and saan naman nila kukunin yung pera na yon? you can argue that they have the money pero di naman nila mababawi yon sa sweldo nila pag nanalo sila.

In 2016 election, FILSCAP tried to forge an agreement with the Commission on Elections.

This is to remind politicians that they should seek permission from the composer in using their songs for campaign jingles. In this manner, the candidate abides with the Republic Act 8293, or the Intellectual Property Code of the Philippines. 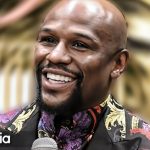 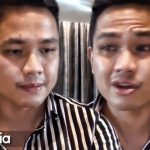