The hashtag #PaBoost has been one of the latest issues on social media. 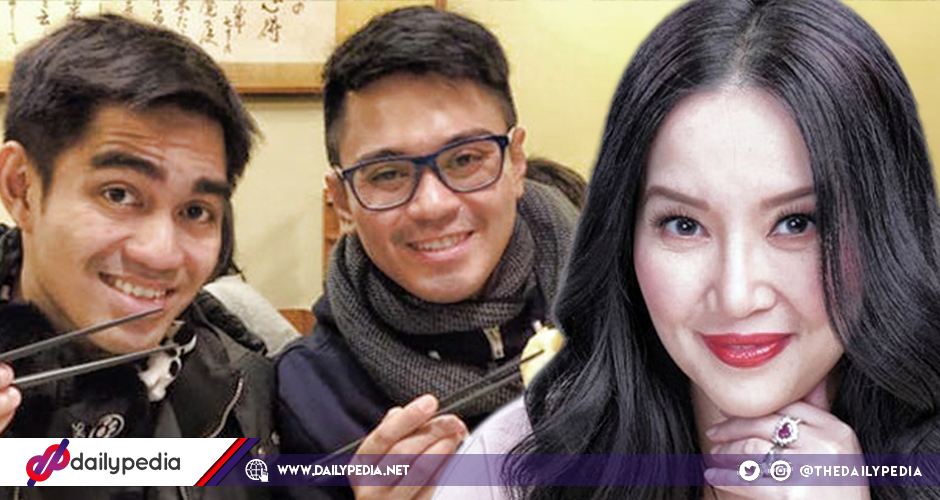 It all started from Jesus Falcis accusing Kris Aquino of funding the boosting of anti-Dutrerte blog posts. One of which is Pinoy Ako Blog, or the blog of Jover Laurio, which contains mostly anti-administration posts and criticisms regarding President Rodrigo Duterte‘s programs.

Ang pagkakamali mo nasabi mo sa ‘kin HINDI AKO NATIBAG at NAKABANGON ako because people identified with my life because everyone knew my story. i have that unique gift, people cannot look away. And there’s no denying i never shied away from revealing even my ugliest truths. 6 PM MANILA TIME, together with my very own JUSTICE LEAGUE- on all social media platforms, INSTAGRAM (@krisaquino), FACEBOOK (@krisaquino), TWITTER (@krisaquino214), and YOUTUBE (theaquinos) magkaalaman na. #labankris

On January 2, Jesus posted screenshots on his Facebook page containing Laurio’s message to his brother, Nicko, who was Aquino’s former financial manager. The blogger was asking him to boost one blog post.

In a live social media conference on January 6, a Netizen asked Aquino about the controversy. She admitted to have given Nicko the funds to boost posts, but denied that it was against President Duterte, Special Assistant to the President, Bong Go, and former Senator Bongbong Marcos and his family.

“I gave nicko money to boost, with zero knowledge of my brother, when my brother went to Congress to protect him from all trolls.

“Why? Para makabawi…. Because i was negotiating several contracts and didn’t want to go w/ him to the Sandiganbayan. i lacked courage to stand with him.” 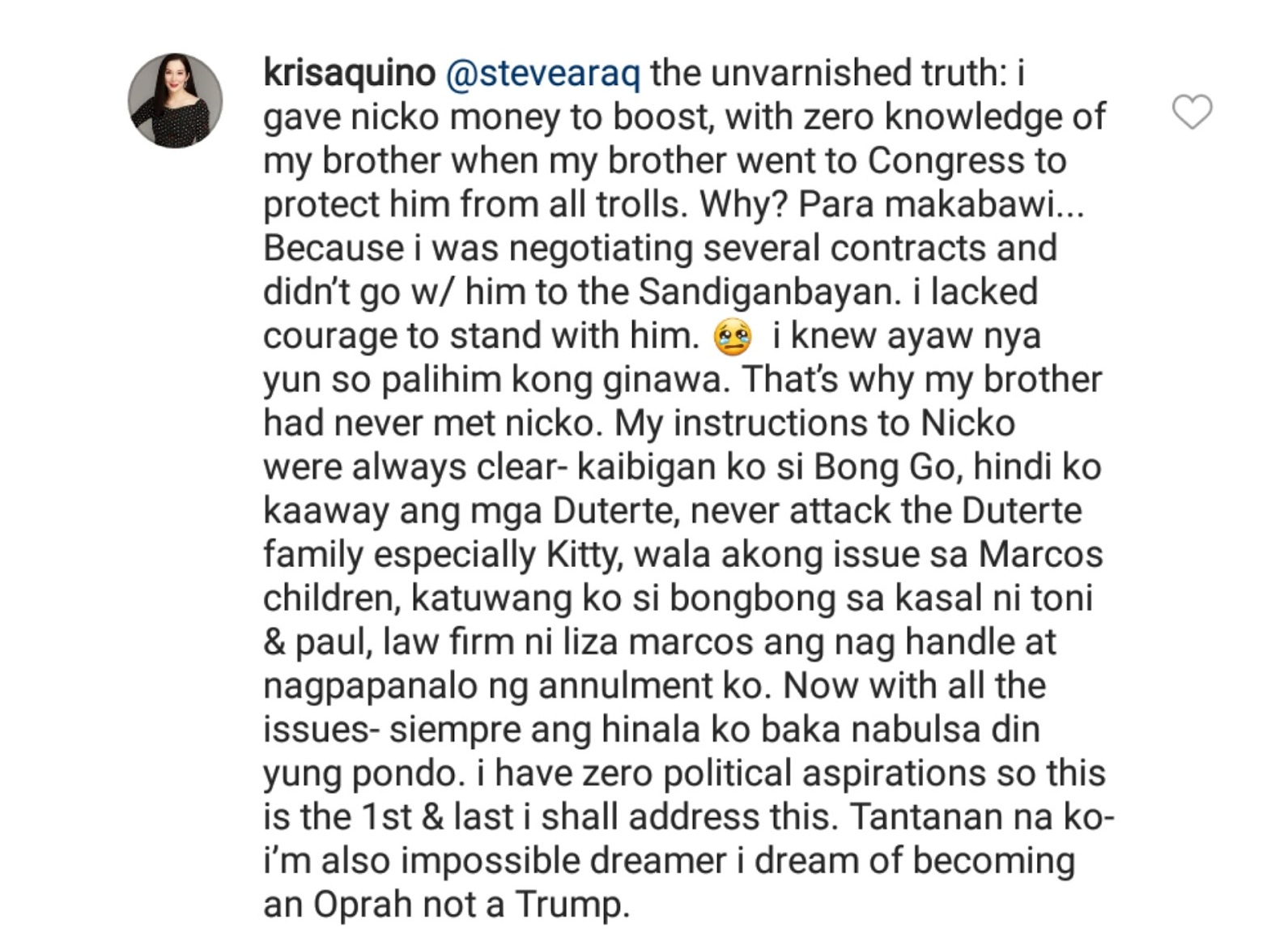 Nicko confirmed that he was given the funds, however, he said that Aquino’s specific instructions were to “identify anti-administration / andi-dds blogs” and give them the funds through Facebook boosts.

Your specific instructions were to identify anti-administration / anti-dds blogs and give them funds to protect your “queendom” through fb boosts. In addition to the Kris Aquino FB Page, I boosted Jover Laurio’s Pinoy Ako Blog page as an advertiser because YOU introduced her to me. Jover magically appeared in YOUR HOUSE when we were in a meeting. You told me you will give me cash so that there will be no paper trail. I used the cash you gave me properly, every peso and centavo. Remember, I'm an accountant, so there’s proper FB documentation. There is no way that "baka may nabulsa sa pondo." I never stole from you, and you know that! I have receipts of the boostings, but you never bothered to review them, including all the reports and updates. Please stop this bullying against my family and I. We refuse to be your victims.

He added that he only boosted Laurio’s blog posts as she was the one that introduced the blogger to him in a meeting at her house.

“You told me you will give me cash so that there will be no paper trail. I used the cash you gave me properly, every peso and centavo. Remember, I’m an accountant, so there’s proper FB documentation.”

He then stated that his family refuses to be victims of the Queen of All-Media. 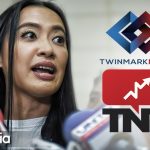 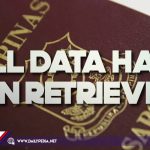