If you’re an ultra-fan, there’s a big chance you already know these popular male celebrities and what their full real names are.

However, you stop finding anything else personal about the actors you see on TV or movies beyond their stage names to most people. 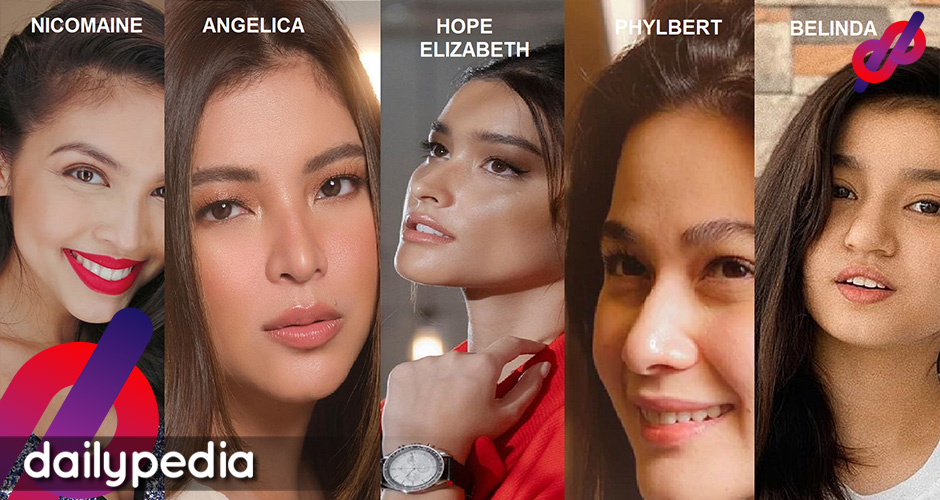 From up-and-coming stars, Belle Mariano and Sanya Lopez, box-office queens, Kathryn Bernardo and Bea Alonzo, these real full names of some of the hottest local female stars we have may not be at all you thought they were.

Here are 20 of our most popular female stars and their (surprisingly) real birth names:

Brillantes has been around show business for the last 11 years. Her first big break came in 2013 when she landed the title role in the ABS-CBN remake of GMA Network classic, Annaliza. Since then, Brillantes has relentlessly showcased her talent through various roles she played. In 2018, her popularity surged via the hit daytime series Kadenang Ginto. In addition, she currently plays as one of the leads on the primetime series Huwag Kang Mangamba.

Smith’s first appearance in a film came in 1997, when she played the role of the mysterious girl, Dahlia, in the film Magic Kingdom. In teleserye, she had her first big break via the TV series Hiram. She had her first lead teleserye role in 2005 via the fantaserye Kampanerang Kuba, where she played the title character. As a Kapamilya talent, Curtis emerged as one of her generation’s most popular and most successful stars, with multiple box-office grossing films and top-rated dramas, under her belt. She is set to return to television soon.

Mariano’s long-awaited first breakthrough came early this year, when her highly-anticipated series, He’s Into Her, finally debuted. The series, which she starred alongside Donny Pangilinan, is widely viewed as just the beginning of a stellar showbiz career, which started for her a decade ago. Called by her fans as ‘Belle’, Mariano is perfectly poised to conquer stardom as big projects are already in line for her and Donny.

Alonzo is unquestionably one of her generation’s biggest stars, as she had been named a Box Office Queen multiple times and starred on a number of top-rating teleseryes like Maging Sino Ka Man (2007), Magkaribal (2010), and A Love to Last (2017). Fans surely won’t forget her brilliance in acting, and you surely will not forget her with that real full name of hers. I mean, who would have thought?

Gonzales won the second season of the now-defunct Kapamilya artista search, Star Circle Quest, in 2004. She first used ‘Erich Gancayco’ as her screen name before adopting her current professional name a year later. She has since grown in popularity and landed several breakthrough roles in both film and television. In 2009, she landed the lead role for the TV remake of the ‘80s classic, Katorse. In 2011, she played the title role on the Philippine remake of the hit Latinovela, Maria la del Barrio. She is currently seen on the primetime series La Vida Lena.

Now the serving First Lady of Sorsogon, Evangelista started her still ongoing showbiz stint in 1998. She first came to public attention when she paired with actor John Prats, on the teen-oriented series G-Mik, in 2000. She transferred to GMA Network in 2008 and landed major roles on television. A known fashion figure and a visual artist, she returns to acting via the upcoming TV series, I Left My Heart in Sorsogon.

This new Kapamilya talent hails from two showbiz royalty clans. She spent her first 12 years in showbusiness with GMA Network before moving to its rival, ABS-CBN, this year. Currently appearing on the primetime series, Marry Me, Marry You, Gutierrez is also an award-winning actress. She is also a current host for the Sunday noontime musical variety program, ASAP Natin ‘To,

Born to showbiz parents Marjorie Barretto and Dennis Padilla, Barretto is a popular TV and movie star. She first came to the spotlight in 2006 via the role she played on the TV series Gulong ng Palad. In 2014, she landed her first lead role via the pre-primetime series 2014. In 2016, she made headlines with her compelling performance in the film Vince and Kath and James, which officially began her onscreen team-up with Joshua Garcia. She currently stars the TV5 series Di Na Muli.

After winning the first teen edition of Pinoy Big Brother in 2006, Chiu ultimately emerged as one of the reality show’s most successful alumni. She subsequently scored roles in top-rating dramas and box-office hits, making her one of her home network’s prized stars. She is currently a host for the long-running noontime show, It’s Showtime.

One of ABS-CBN’s biggest female stars, Soberano found fame through the TV dramas and films she made with her home network. Born to a Filipino father and an American mother, Soberano first came to public attention on the massively successful series, Got to Believe (2013), which starred Kathryn Bernardo and Daniel Padilla. Before that, she first appeared in minor roles on several ABS-CBN shows and movies. However, her first lead starrer came in 2014 via the primetime series, Forevermore, which also marked her onscreen, and later on, offscreen team-up with Enrique Gil.

Mendoza’s meteoric ascent to stardom via the phenomenal love team, AlDub, is unquestionably one of the biggest showbiz phenomena in the last ten years. AlDub’s massive popularity has paved the way for individual showbiz opportunities for both Richards and Mendoza. Mendoza, later on, solidified her hosting career and became a sought-after endorser alongside Alden.

It’s no wonder why Salvador is largely considered the revenge drama queen of Philippine TV, as she has starred in some of the most successful revenge-themed dramas in the country. Her 2017 hit, Wildflower, was a wildly popular series, which also found considerable success in many parts of the world, especially in Africa. She was also a singer and a dancer, she first came to the limelight via the 2003 primetime series, It Might Be You.

It’s hard to refute Rivera’s claim to being GMA Network’s most important female star. She is the Kapuso Queen of all Queens. After her sensational breakthrough as the first Filipino Marimar (2007), she soared further and landed some of her network’s highly coveted roles, including Dyesebel (2008) and Darna (2009). Now married to Kapuso actor Dingdong Dantes, Rivera is yet to appear in a comeback project after focusing on her role as a mother and a wife.

This 27-year-old award-winning actress is definitely one of the most successful stars of her generation. Lustre found fame when she starred alongside James Reid in the film adaptation of the Bob Ong novel, Diary ng Panget, which practically marked the beginning of the phenomenal love team, JaDine. Now a successful recording artist, Lustre is yet to announce her TV comeback.

Ramos first appeared in the Richard Gutierrez-starrer, Captain Barbell (2006), before subsequently scoring various roles on television, including  Lola Padilla in La Lola (2008), Jodi in Stairway to Heaven (2009), and Jade in The Richman’s Daughter (2014).

This Bulacan-native first caught the attention of late star builder German Moreno in 2012. She had subsequent roles on television and gradually gained fame afterward. In 2016, she had her first lead role when she landed the highly coveted role of Hara Danaya in the 2016 version of Encantadia. This year, she returned to the spotlight via the top-rated primetime drama First Yaya.

Geronimo’s rise to prominence started in 2002 when she won Star for A Night’s first edition of the talent search. Before the competition, she first tried acting by appearing in a minor role in a number of films. She is now considered one of OPM’s most successful recording artists. While she uses ‘Sarah’ as her professional first name, fans often use her other first name ‘Asher’, when coining loveteam monikers for her and her onscreen partners. 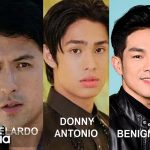 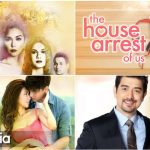