If you’re an ultra-fan, there’s a big chance you already know these popular male celebrities and what their full real names are.

However, you stop finding anything else personal about the actors you see on TV or movies beyond their stage names to most people.

From newcomer Ion Perez to Init Sa Magdamag star JM de Guzman to the Ultimate Heartthrob, Piolo Pascual, these real full names of some of the hottest local male stars we have may not be at all you thought they were. 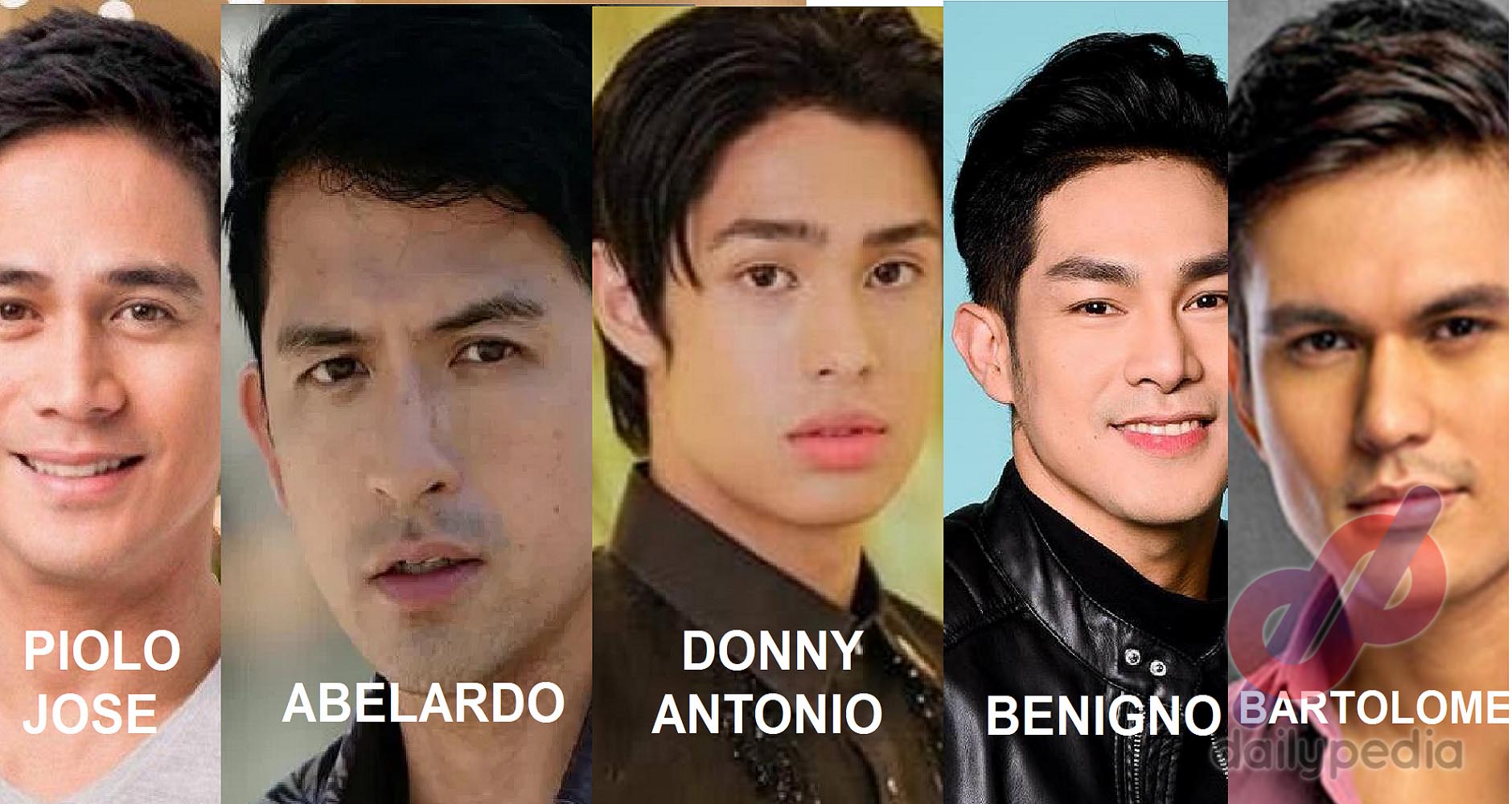 Here are 20 of our most popular male actors and their (surprisingly) real birth names:

This box-office star was being creative when he used his first name as his professional last name. Alden is definitely Kapuso Network’s biggest star below 30, as he starred on some of the most successful projects of the network. He is among the very few homegrown Kapuso stars to work alongside big Kapamilya stars. In 2019, he starred alongside Kathryn Bernardo in Hello Love, Goodbye, which ended its theatrical run as the highest-grossing Philippine-produced film.

Widely regarded as the Philippine Teleserye King, Martin’s life has been practically an open secret, especially how he started as an OFW in Canada and as an indie star who appeared in many LGBT-themed films. His first leap to stardom finally happened in 2009 when he was cast in a major supporting role in Tayong Dalawa (2009). He then headlined a number of ensemble dramas, including Minsan Lang Kita Iibigin, (2011) Juan de la Cruz (2013), Walang Hanggan (2012), and the currenty-aiing, longest-running drama on Philippine TV, FPJ’s Ang Probinsyano (2015). He uses his real name as a director. 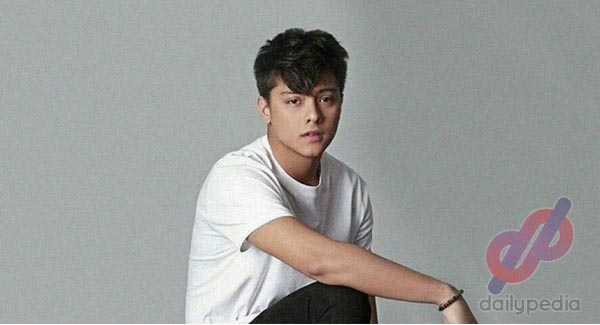 As he is also widely known by his fans, DJ is undoubtedly one of his generation’s most successful—if not the most successful—male stars, having cemented a royalty status in both television and box-office. Having been awarded a Phenomenal Box Office Star twice, Padilla is among the three biggest movie stars of the decade (2010-2019). Soon after, he is set to return, alongside his reel-to-reel partner, Kathryn Bernado, on television and film. 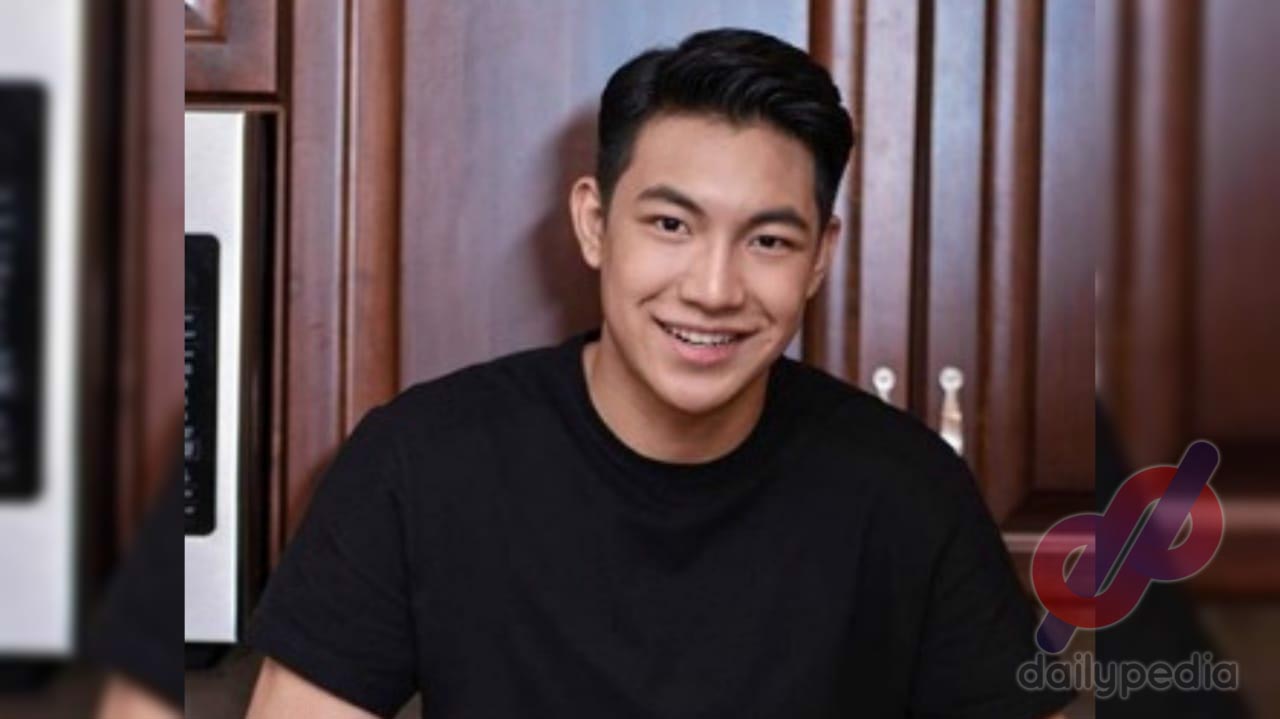 Canadian-born, Espanto, first came to massive public attention when he joined the first season of the Philippine edition of The Voice Kids in 2014. He is considered the most successful alumnus of the show, with numerous chart-topping singles and accolades, under his belt. He currently appears on the musical variety show, ASAP Natin ‘To. 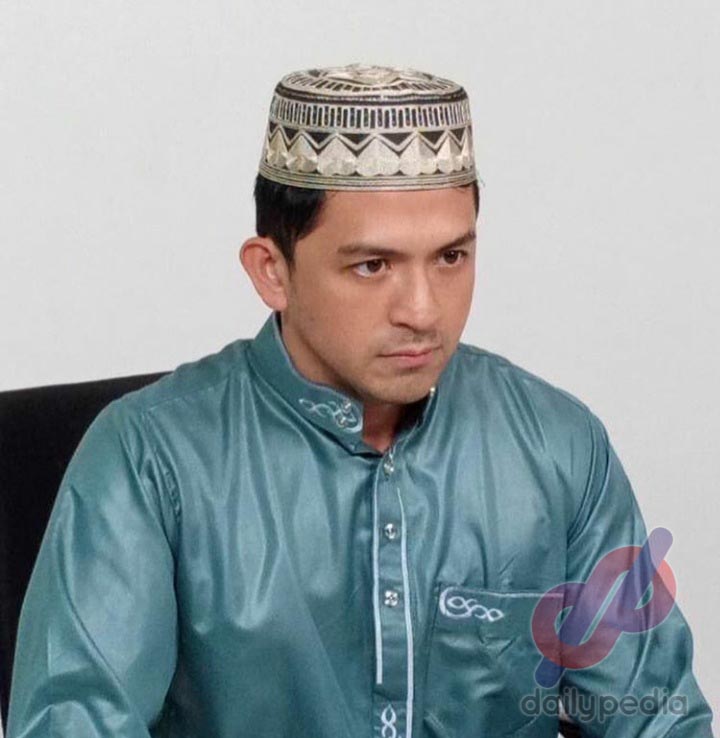 GMA Network’s Drama King, Trillo, has been around in show business since the early 2000s. He has appeared on several successful Kapuso dramas, hence the title he earned. His most remarkable dramas include Mulawin (2004), Majika (2006), and My Husband’s Lover (2013). He currently appears on the series, Legal Wives. 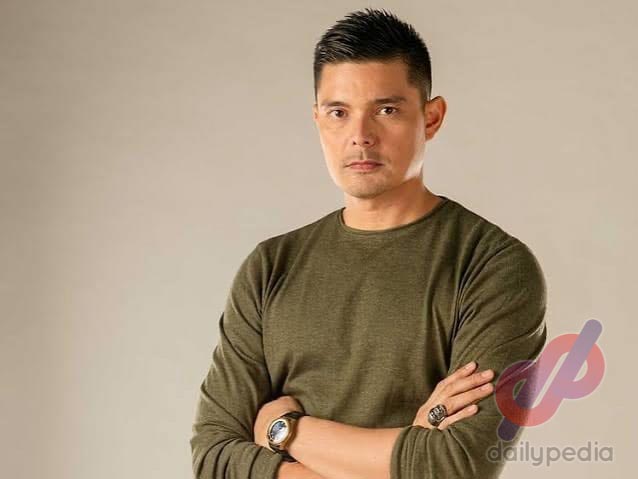 Dingdong once told a hilarious story about his name. During his childhood, there was this incidence when he got lost, and her mom had to ask the receptionist of a store to page his name, which apparently had numerous hilarious meanings overseas. As it turned out, ‘Dingdong’ was actually a lucky name for an actor, as Jose Sixto Raphael Gonzales Dantes III eventually became a popular movie and television star. 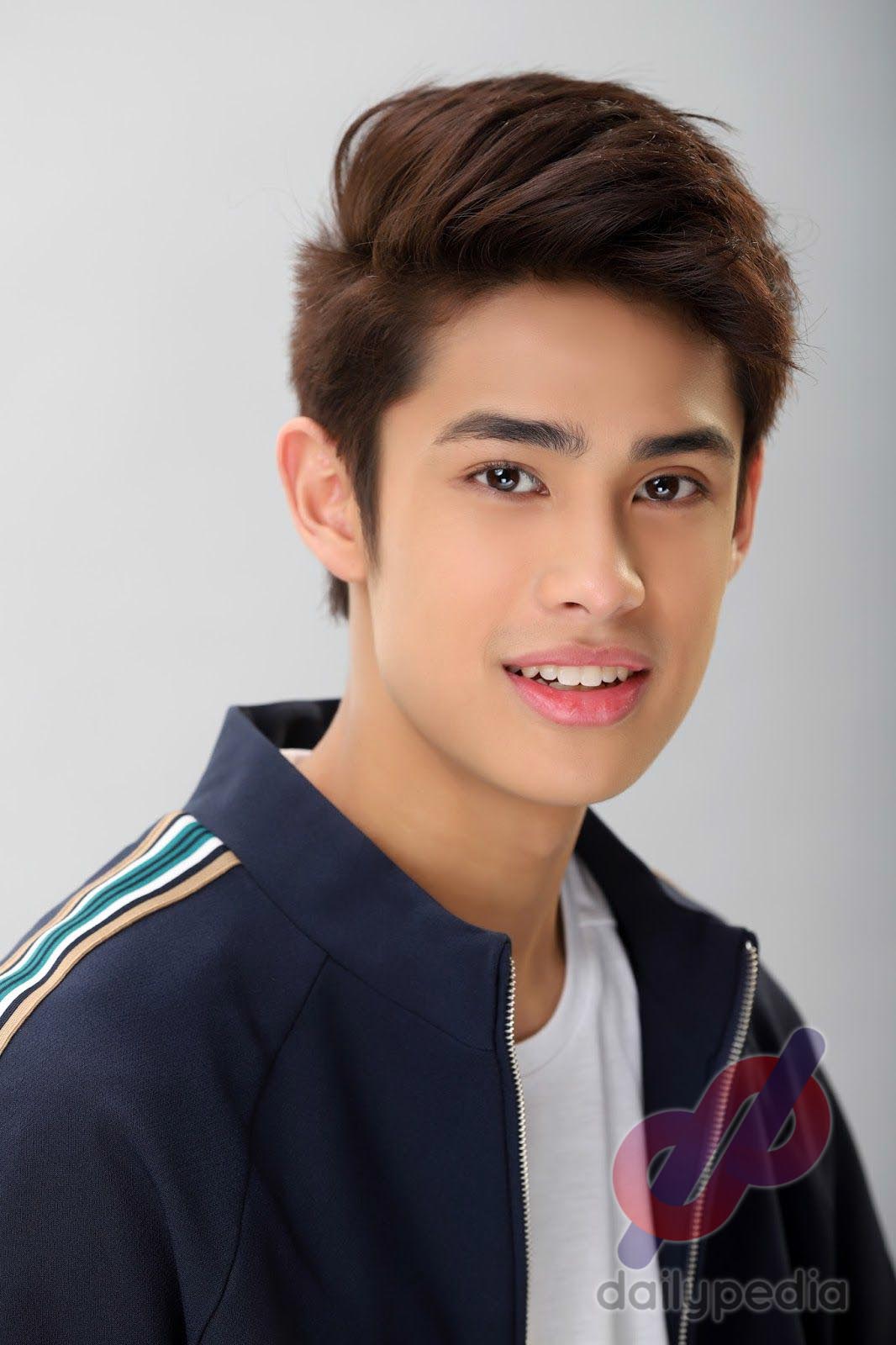 There is no question that Donny is among the most popular young stars today. His onscreen team-up with Kapamilya actress, Belle Mariano, is projected to be one of the biggest loveteams of his home network, ABS-CBN. Now 23, Pangilinan got a part of his real name from his father, Anthony Pangilinan.

Barber was born to a British-German father and a Filipino mother in Germany in 2000. In 2016, he entered the Pinoy Big Brother House, and while he only succeeded at placing fourth overall, he ultimately emerged as among its most successful alumni. He has since appeared on TV shows, films, and now serves as a VJ host for MYX.

Perez’s ticket to fame may be his real-life sweetheart, Vice Ganda. Still, before his sensational ‘Kuya Escort’ stint on It’s Showtime, he was already an up-and-coming fashion model and was a winner of an international male pageant, too. He is the 11th of the 15th siblings from Concepcion, Tarlac.

A known television star, Cuenca has been acting on television and film since 1993. He is of Spanish-Filipino descent, hence his ‘haciendero’-sounding full name. He appeared on a number of top-rating dramas including Tayong Dalawa (2009), Rubi (2010), Pasion de Amor (2015), and Los Bastardos (2018). He is set to return to primetime TV via the upcoming Kapamilya series, Viral. 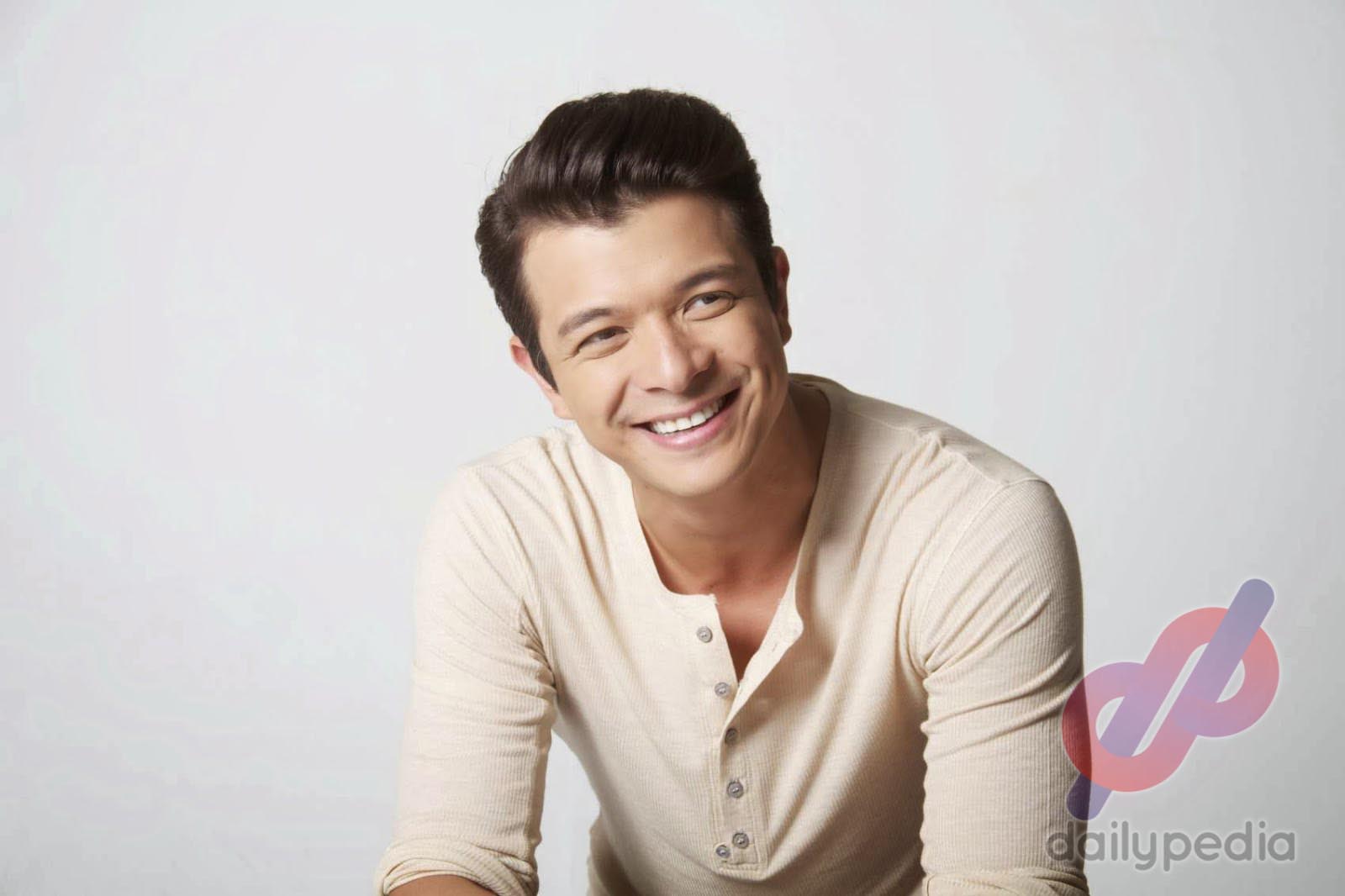 Echo, as his fans more popularly know him, is among ABS-CBN’s premier leading men, having starred in a number of his home network’s most successful projects, including the original Pangao Sa’Yo (2001), The Legal Wife (2014), and Halik (2018). Because of his streak of successful soaps and box-office hits, locally and overseas, Rosales earned the title ‘Asian Drama King’ 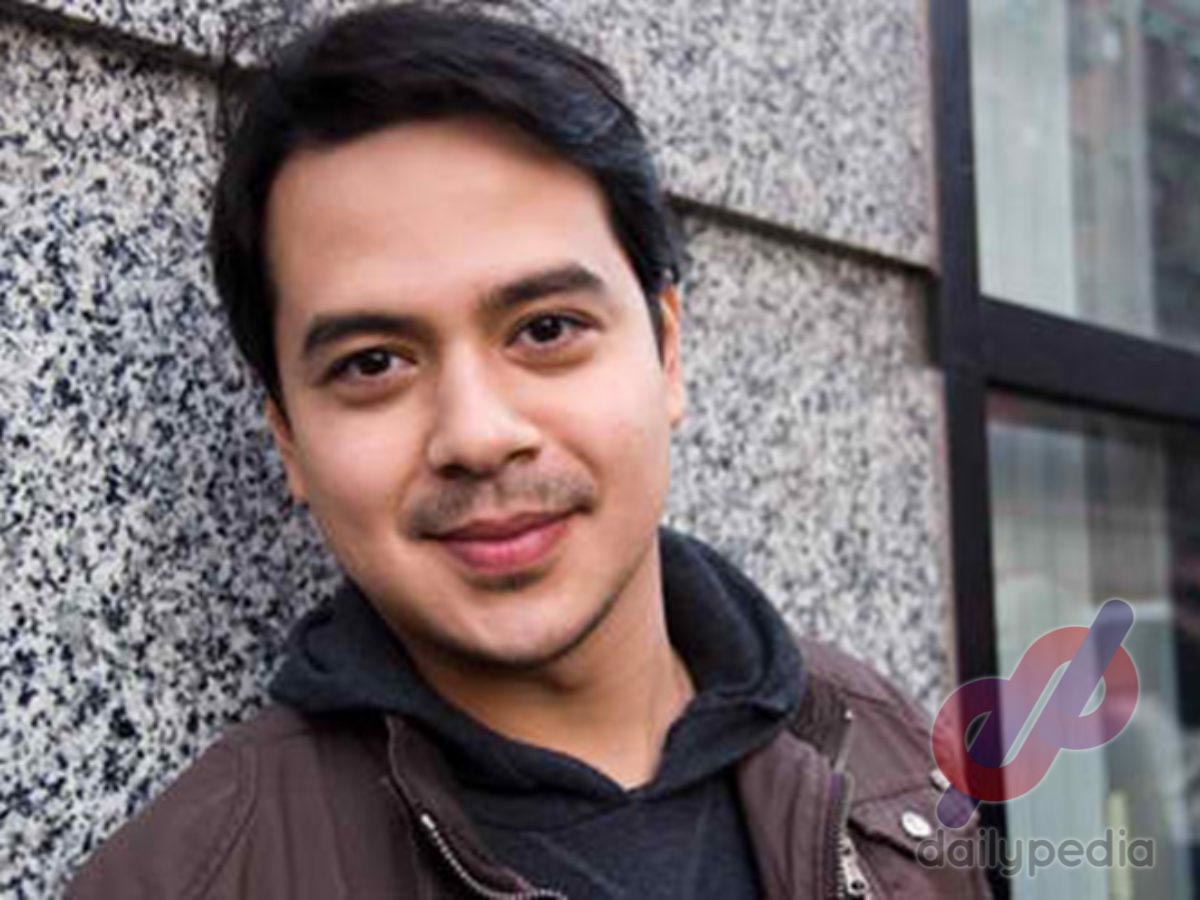 Lloydie, as he is most widely known, began his showbiz career in 1997 as a Star Magic talent. He is considered among ABS-CBN’s most prized homegrowns, having emerged as a very successful movie and television star. Cruz is yet to return to the limelight with a comeback TV series or a film as a multiple Box Office King awardee. 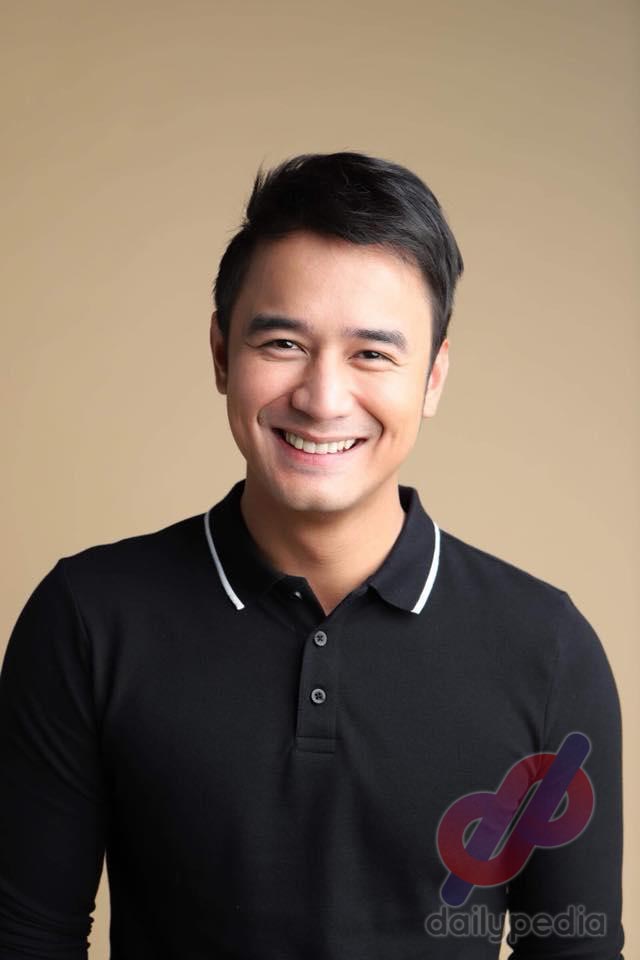 De Guzman’s most recent drama, Init Sa Magdamag, just concluded its successful run this month. Started as a print and commercial model, he later found his way to major drama roles on television. His first big break came in 2011 when he played Gabriel on the 90s classic, Mula sa Puso. 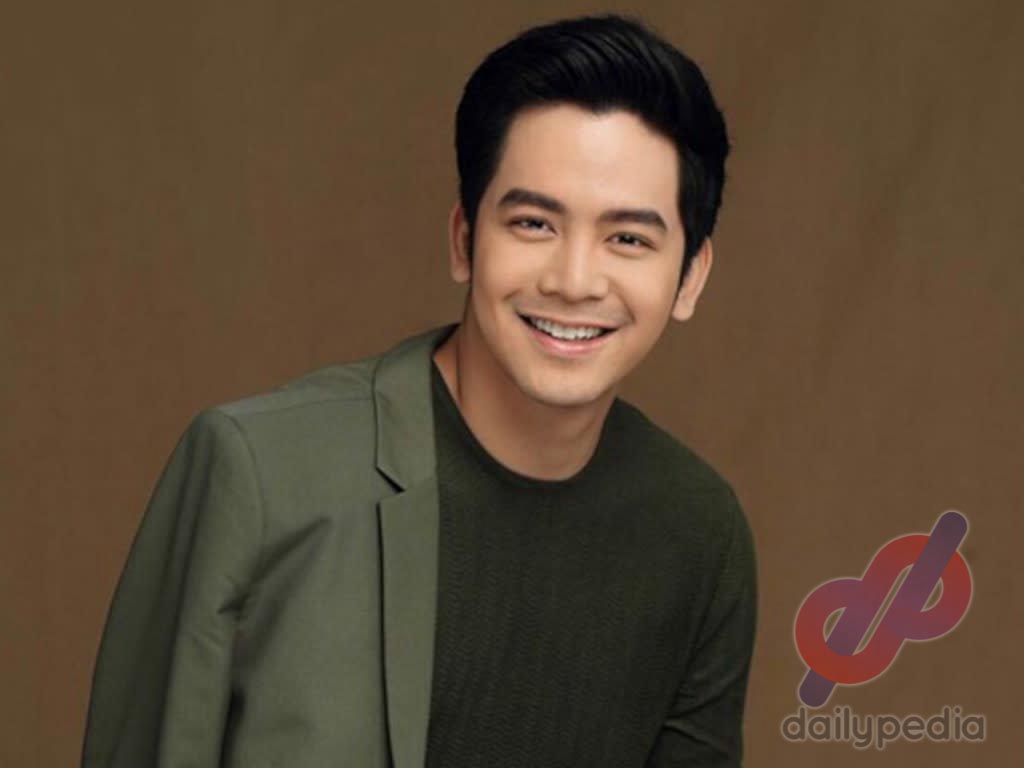 Garcia first came to the spotlight in 2014 when he joined that year’s edition of Pinoy Big Brother. While he failed to win his season, he ultimately emerged as one of its most successful alumni by becoming a sought-after television and movie star. He is set to make a TV comeback via the upcoming TV series, Viral. 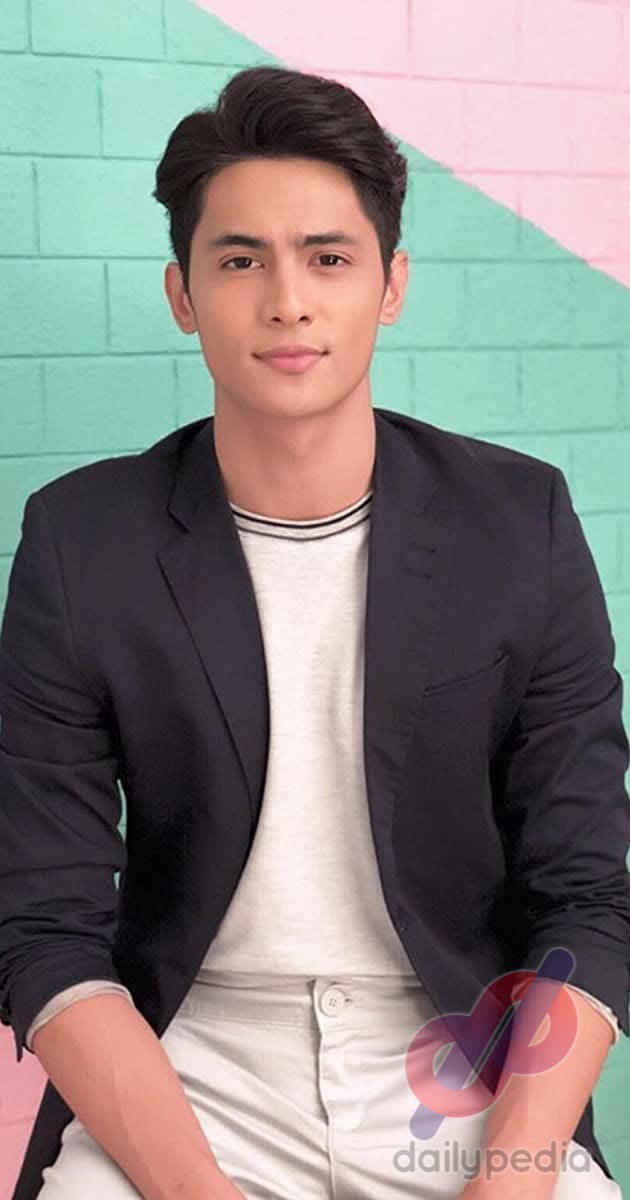 Estrada began his career as an exclusive GMA Network artist before moving to ABS-CBN in 2012 and returning to GMA in 2014. He went back to the Kapamilya Network in 2019 and has appeared on dramas, Pamilya Ko (2019) and Bagong Umaga (2020). Hailing from a prolific showbiz clan, Estrada’s full name is partly taken from his father, whose real name is Gary Jason B. Estrada. 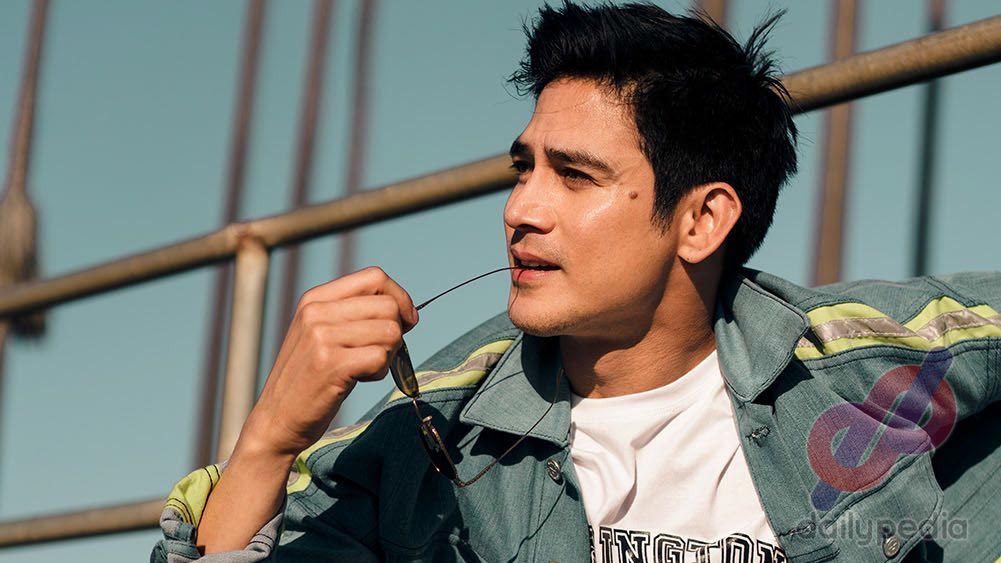 Pascual is dubbed ‘The Ultimate Heart throb’, and there are overwhelming merits to it—practically every female actress wants him as their leading man. His popularity is well-reflected on his streak of successful TV dramas and box-office hits. As a universal leading man, Pascual has worked alongside some of the biggest female stars in the Philippines, including Judy Ann Santos, Claudine Barretto, and Sarah Geronimo. 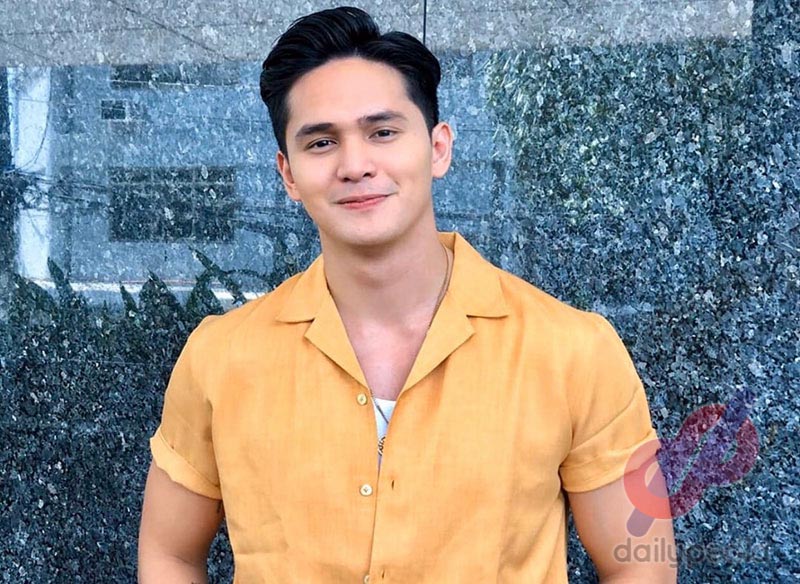 Set to appear on the upcoming TV series, Lolong. Ruru has been a homegrown Kapuso star, since 2012. It’s a mystery why he uses ‘Ruru’ as his professional name, but the fact that his younger sister adopts the name ‘Rere’, tells us that it might be a tradition. 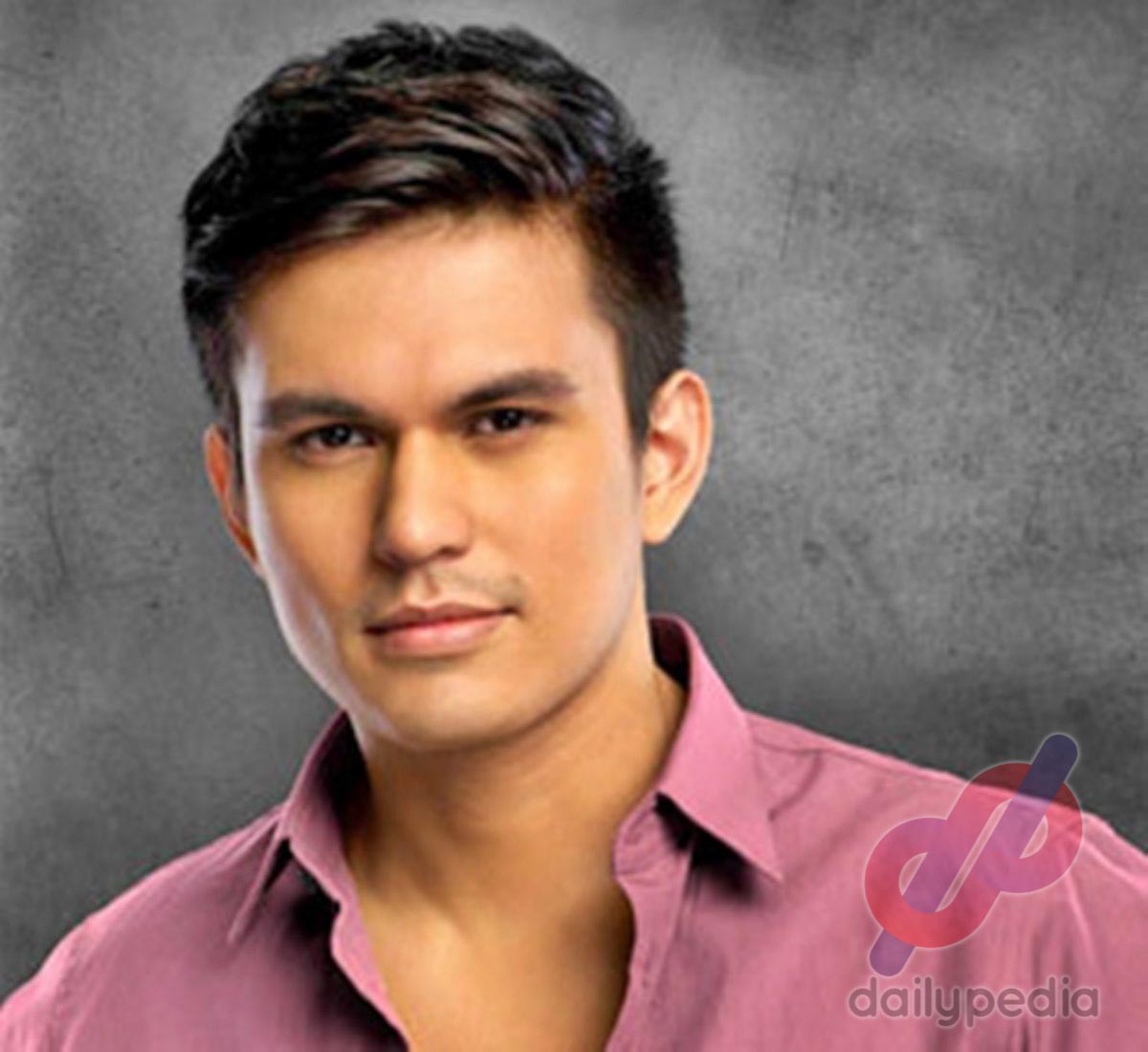 Born to an American father and a Filipino mother, Rodriguez first achieved fame when he became a Pinoy Big Brother housemate in 2009. He starred in a number of Kapamilya shows before transferring to GMA Network in 2013. His most remarkable shows include My Husband’s Lover (2013), Marimar (2015), and Love of My Life (2020). He currently appears on the TV series, The World Between Us. 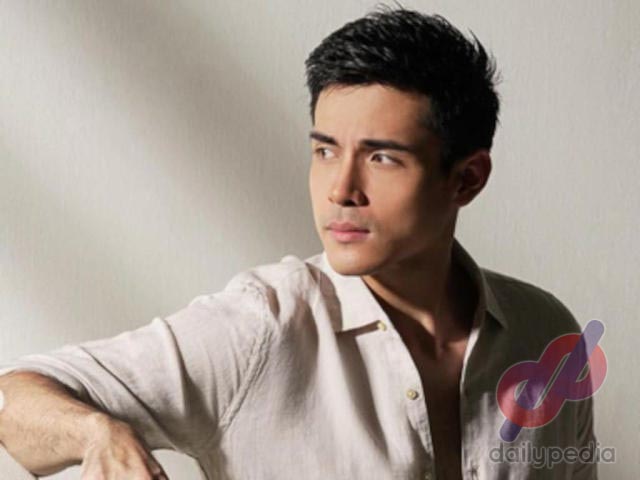 Now a Kapuso talent, Xian Lim, started his career with ABS-CBN, where he achieved incredible success in TV and film. Among his most notable works include the TV series Ina Kapatid Anak (2012), The Story of Us (2016), and Love Thy Woman (2020), while his biggest-grossing box office hit is 2013’s Bride For Rent, where he starred alongside his reel-to-reel partner, Kim Chiu,

Marudo is definitely one of Pinoy Big Brother’s most successful products, and he remains to be so even after having been around in showbusiness for already 15 years. He has performed in various TV dramas in ABS-CBN. His most recent show is last year’s Walang Hanggang Paalam. He is set to return on television via the upcoming Philippine adaptation of the British drama, Dr. Foster, titled, The Broken Marriage Vow. 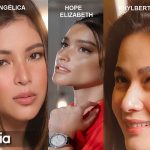