What we do know is that 34 years ago, right around these dates, ABS-CBN went back on air with a TV special aptly named We’re Back!.

These days, the only memory of those olden times are from photos collected by some of ABS-CBN’s more senior employees and executives.

Today 34 years ago, ABS-CBN went back on air with a promise: "Watch us do it again."

But it wasn't easy. And they didn't "do it again" overnight.

The giant, pioneering ABS-CBN of the 1960s started out in 1986 the cellar dweller, both metaphorically & literally. pic.twitter.com/odQjnkOtcN

He detailed ABS-CBN’s struggles when it finally got back its broadcasting facilities after taking back their home along Mother Ignacia Street in Quezon City in February 1986.

It had to contend with squatting at the basement of its own broadcast center which it had to share first with the network that took it over. It was at the bottom of the ratings, with many viewers hardly recalling what ABS-CBN had once been. pic.twitter.com/3OpeL3qSRM

According to Bagaoisan, ABS-CBN would rely on the “grit & enthusiasm of newbies joining a legendary company plus the expertise & innovation of veterans who fulfilled a vow to return.”

ABS-CBN had the grit & enthusiasm of newbies joining a legendary company+the expertise & innovation of veterans who fulfilled a vow to return.

2 years after the promise, they made good on it, not just doing it again, but leaps & bounds more–new legends for a new generation. pic.twitter.com/MOlrXVD4pj

“2 years after the promise, they made good on it, not just doing it again, but leaps & bounds more—new legends for a new generation,” Bagaoisan added.

He also posted an ode to history—clips from ABS-CBN News’ year-end video from 2019 that compared the network’s pioneers to its present-day journalists.

Part of our 2019 yearend vid was a tribute to the pioneers who made ABS-CBN a home for us that followed.

Seen today, it reminds the current torchbearers of "In the service of the Filipino" that despite & thru everything, we can do it–and more–again.#KapamilyaForever pic.twitter.com/l3zPqa1pMf

Netizens felt a bit of nostalgia from Bagaoisan’s tweets, though some were also reminded of those that “turned their backs” on the network.

One cannot help but compare what happened to ABS-CBN at the start of Martial Law to what the former giant is experiencing today.

After declaring Martial Law on September 21, 1972, the late strongman Ferdinand Marcos sent  Letter of Instruction 1-A, s. 1972 to his then-Defense Secretary Juan Ponce Enrile on September 28.

Letter of Instruction 1-A ordered Enrile to “sequester the ABS-CBN Broadcasting Corporation and the TV and Radio network and facilities owned and operated by the Associated Broadcasting Corporation”, which Marcos believes has been used by his supposed reason for declaring Martial Law in the first place—the Communist Party of the Philippines.

Fast forward 45 years and we see President Rodrigo Duterte threatening to block ABS-CBN’s franchise renewal for not airing his political ads during the 2016 elections.

Skip ahead to July 10, 2020 and we see that the Duterte administration has made good on the President’s promise, as Congress flat-out rejected ABS-CBN’s application to renew its legislative franchise.

The National Telecommunications Commission would later take back control of ABS-CBN’s frequencies nationwide due to the network’s lack of a legislative franchise—which removes any chance of ABS-CBN getting back on air like they did in 1986.

There are a few things that are different from what ABS-CBN experienced in 1986 to what is happening now.

For one, ABS-CBN still had a valid franchise even during its Martial Law years. This would later be renewed for 25 years by former President Fidel Ramos after signing Republic Act 7966 on March 30, 1995.

Today, private citizens are making the Herculean effort to gather enough signatures for a People’s Initiative to restore the network giant’s legislative franchise.

ABS-CBN technically hasn’t gone away, either. Yes, the channel no longer exists on free TV, but those with cable and satellite subscriptions still get to watch their favorite Kapamilya shows through the recently launched Kapamilya Channel.

So technically, the network hasn’t gone away. They are, however, doing work behind the scenes to find a way to get back onto free TV.

Will we see a resurgence from ABS-CBN in the future? That’s a question best left to Congress for answers. 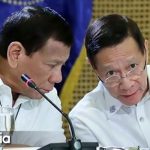