The photo above shows two-year-old James Bulger leaving a mall with a 10-year-old boy. Moments later, they are joined by another 10-year-old, whereupon the two older boys brutally murder the younger one. Occurring in 1993, the murder is touted as one of the most shocking crimes in Great Britain. The two convicted killers spent the rest of their youth in juvenile detention before being released as adults and given new identities.

Reynaldo Dagsa was a member of the Barangay Peacekeeping Action Team in Maypajo, Caloocan. Given the nature of his job, he had clashed countless times with criminal elements. On a fateful New Year’s eve, Dagsa was celebrating with his family and had asked them to pose for a picture. As he took the shot, a man emerged from a parked car and likewise took a shot as well, right at Dagsa. Dagsa’s final act, the dramatic photograph, gave evidence that led to the conviction of the gunman and his accomplices. 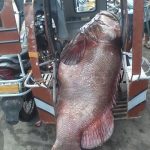 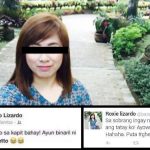