Another photo‘s authenticity is being debated on on Facebook. Netizen MarkDj Salazar uploaded a photo of 150-kilogram fish that was said to be caught in Camarines Sur. The fish is so large it needed a tricycle to transport it.

A previous report also showed a grouper, known as lapu-lapu in the Luzon, being caught in Antique.

Similarly, the fish in the photo was also said to be another lapu-lapu. According to research, there is a specific species of lapu-lapu that can indeed grow to very large sizes. The giant grouper (Epinephelus lanceolatus) is the largest bony fish found in coral reefs, but their numbers have been dwindling because of fishing practices in municipalities. Giant groupers can measure up to 3.65 m (12.0 ft) in length and 400 kg (880 lb) in weight. There have been reports indeed of the fishermen spotting the giant grouper on rare occasions which may disprove the allegations that photos like these are fake. 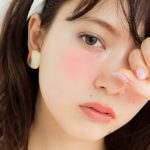 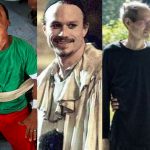