A lot of celebrity proposals were done this year. Wedding bells continues ringing until the end of the year.

And fans are passionately talking and looking on every details of exchanging vows between celebrities’ respective partners and who shouldn’t forget about the much awaited wedding videos anyway?

These known pairs created random noises all around the year and needless to say, the reason why they are in respective spots. Let’s take a look at the 10 most talked about celebrity weddings in 2014.

Before the announcement of the big day, speculations have been going wild online that Marian is pregnant. The latter admitted she wasn’t the blind item with the initials “MR” referred to the news. The groom-to-be even proposed marriage twice to Marian. A lot of congratulations and best wishes continue to send out to the royal couple. And the much-awaited wedding of the year is nearly one day which will happen at the Immaculate Conception Cathedral in Cubao.

Even the GMA network opens a royal wedding site for Kapuso Primetime King and Queen which includes small to large detailed updates from invitations, gowns, principal sponsors, preparations, and many things to be counted on their journey to the wedding day.

Parokya Lead Vocalist Chito Miranda and actress Neri Naig have survived public scrunity after their sex video scandal broke out last year. Their relationship has turned upside down and managed to bounce back against all the odds. Twice did Chito married Neri. Civil rites was happened last Saturday, December 12 followed a beautiful garden wedding in Tagaytay City.

Singer Aiza Seguerra and actress Liza Dino have tied the knot in a very private and intimate ceremony in San Francisco, California together with closest friends and relatives. Few days after their marriage, naysayers ranted their disapproval of same-sex marriage.

In her instagram post, she blurted out that those who can’t accept them by all means have the liberty to get out in their lives.

"Openness may not completely disarm prejudice, but it’s a good place to start." -Jason Collins A lot has been said (and STILL being said) about the kind of life we choose to live. Yes,we are OUT and PROUD. We are not standing up for anything, we are just exercising our right to be treated equally.If you're not used to it, then DEAL with it. If you can't stand it, then by all means, PLEASE leave us alone. Our silence doesn't mean that we accept your prejudiced opinions, it's just that your ignorance has rendered us beyond words it's almost funny. LOVE—the beauty of it, the joy of finding it, even the PAIN that comes with it should be experienced and celebrated. We choose to be REAL. We choose to be HAPPY. We choose to be FREE. We choose LOVE. #zazagothitched #zazaroadto4ever #misteratmisiszaza

The passing of their better halves, rekindled the fire of love to start a new sprouting romance with each other. Truly they empowered and gave a second wave to try and fall in love deeply once more.

push.abs-cbn.com, which published an article about the “Seven things to love about Boots Anson-Roa and King Rodrigo’s Wedding” said that Bride’s notable ring and gown rejuvenated her youthful ensemble. Their love for each other and respect for late partners and families, prenup photos, personalized booklet of poems, and reception venue were the beautiful aspects why their wedding definitely stoodout!

Travel Adventure Host Drew Arellano & Performer Iya Villania will be celebrating their first year of being together in one single roof this coming January. It’s been nearly twelve months ago after they have exchanged their vows and yet the relationship feels like a brand new start up for both of them.

pep.ph made an article about the wedding being the coolest highlighting 6 reasons: private wedding ceremony without media exposure, the cliff where they made vow, no network rivalry as their guests came from different TV stations, groom made a wonderful vow that made him cried even more, the glowing bridal gown of Iya, and the promise of love and freedom every woman would like to hear.

First among the list was the guests’ entertaining dance number to the tune of the OPM classic hit Kapag Tumibok Ang Puso by Donna Cruz, who coincidentally was also part of the entourage and even gamely performed with everyone. Then there’s the unconventional delivery of the couple’s wedding speech.Lastly, the one-of-a-kind post wedding bonding of the newlyweds together with their closest friends and family through of a cozy picnic party at Angel’s Field, Tagaytay.

Their engagement which took place in an airport has set a trending topic on social media. Did you know that it’s the chillest wedding for Jason Magbanua, the videographer who shot for recently concluded vows.

Jason, as how he described the bride was someone who wanted a “chill” wedding, who didn’t want any media fanfare, wore an RTW gown to keep peace among her designer friends, who did her own make-up, and catered distinguished guests who are important to them. “Simple. Chill.”

A beach wedding happened in Boracay to celebrate the union of actor Jericho Rosales and TV host Kim Jones. Undeniably speaking, they meant for each other just as how philstar.com believes that

“They really are perfect for each other. They didn’t wait for a signs, everything just happened effortlessly. Theirs is a love story that seems to be written in the stars, and we wish them and their future life together (and future gorgeous babies!) nothing but the best.” x

As reported in ph.celebrity.yahoo.com, 45-year old mother of three recently won her 15-year annulment battle with her estranged husband, Brix Ferraris, or eight years after the Supreme Court initially denied her petition for annulment in 2006. 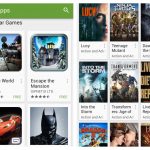 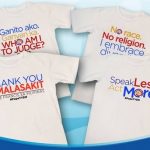