This month, ABS-CBN launched their official Papal Shirts promoting Pope Francis’ visit to the Philippines from January 15-19, 2015.  The shirts featured Pope Francis’ quotes and message of thanks from the Filipinos to the Pope. However, two shirt designs bearing the quote, “No race, no religion” and “Ganito ako, Ganyan ka, Who I am to judge?” not only angered the Filipino Catholics, but also caught the attention of the Catholic Bishops’ Conference of the Philippines (CBCP).

Catholic netizens were appalled by the quotes on the shirt saying that ABS-CBN has misquoted the Pope. In a news article from CBCP, Filipino Catholics mentioned that the Pope was only used by the network in order to sell their merchandise.

Aside from the negative comments from many netizens, CBCP President Archbishop Socrates Villegas also released an official statement through his Facebook account:

Beware! The CBCP has been apprised of shirts now vended apparently in preparation for the Pope’s visit. While the words in the shirt attempt to convey the openness of the Holy Father, the phrases ‘No race no religion’ are definitely misleading and quite frankly erroneous. We urge our Catholic faithful NOT to patronize items with misleading posts and statements.

In addition, Archbishop Villegas also stated that Pope Francis has never said such statement about race and religion.

Pope Francis has never said and taught that religion and race do not matter, because they most certainly do. It is what selfish, uncharitable and judgemental people do with religion and race that is a problem.

ABS-CBN, then apologized and clarified that the shirts were not meant to twist the Pope’s statements and mislead the public. Bong Osorio, ABS-CBN spokesman defended the company’s intention on their T-shirt merchandise.

ABS-CBN assures the public that there was no intent to deceive or mislead the public through the commemorative shirt that carry statements inspired by Pope Francis’ message of love, openness, and humility. We apologize if a particular statement shirt offended anyone.  We are pulling out the item from our online shop and all retail partner stores.

As of writing ABS-CBN has already pulled out the photos of the controversial shirt designs from their social media accounts and even took them down from their online shop. 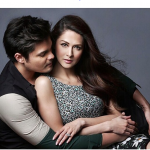 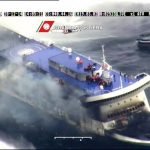