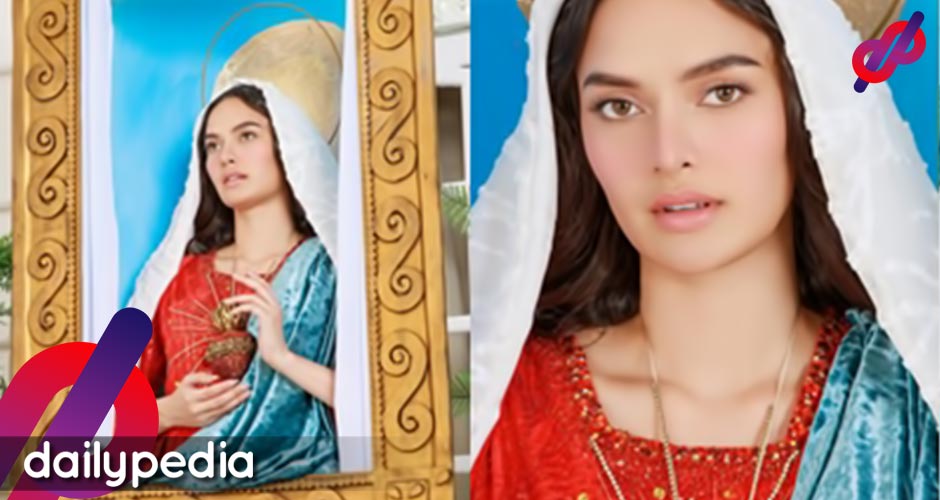 In the segment, contestants showcased edgy costumes relevant to Philippine culture. Graciella Lehmann of Oriental Mindoro chose to wear a dress inspired by the mythical creature “tikbalang” while TV personality Herlene Budol paid tribute to the Higantes Festival of her hometown, Angono, Rizal.

However, Basiano’s Virgin Mary costume was the most polarizing of all the participants. Some said it looked perfect on her, while others cried blasphemy.

Supporters defended Basiano from critics with holier-than-thou attitudes. “This is bash worthy – says the hypocrite religious kuno who go to church on Sundays and cloaked themselves with kindness pero paglabas asal hayop. Come on people!” wrote one supporter.

“It is supposed to showcase—over and above everything—the virtues of the Virgin Mary… I have yet to hear calls for it to be returned to its original use—which is catechetical, namely, to instruct and edify in the Christian Faith. Sadly, in many places, more attention has been placed on couture than on the truly spiritual significance of this custom,” the priest added.

“Revered for her humility and motherly love, the Virgin Mary is the ultimate symbol of a WOMAN! An homage to Padul-Ong Festival, a mythical presentation that unfolds the story of how the image of the Virgin Mary was mysteriously transported from Portugal to Borongan, Eastern Samar, celebrated every September 8 of the year.” Binibining Pilipinas wrote on Instagram.

After the segment was over, Basiano admitted that she was nervous on stage, knowing that her costume had already proven to be divisive.

The 2022 Binibining Pilipinas Coronation Night will be held on July 31 at the Smart Araneta Coliseum in Quezon City and will be hosted by Miss Universe 2018 Catriona Gray and former Miss Grand International Philippines 2016 Nicole Cordoves. 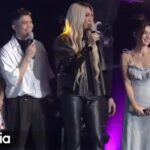