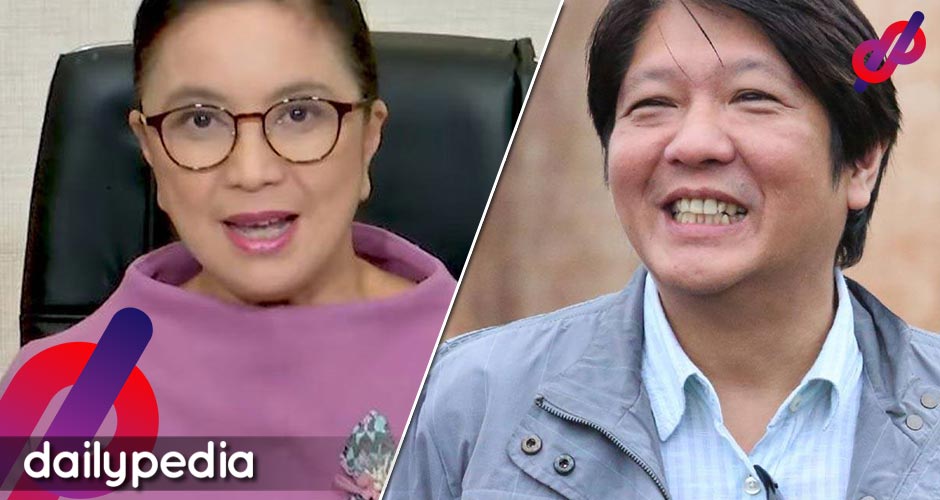 Eversince the campaign season began in February this year, netizens have been keeping tabs on how presidentiables behave when they interact with the masses they try to woo on the ground.

Like undetachable shadows–cameras followed them and earned them scrutiny and misinterpretations over their actions.

But most often than not, when their guards are down, how they connect with the common folks during campaign sorties–inevitably exposes what they have been trying to hide from the public.

Among the 10 vying presidential aspirants, the lenses are [more] focused on the frontrunners–former Senator Bongbong Marcos and Vice President Leni Robredo.

An interesting or maybe scandalous facade of their characters, is seen on how they react when their supporters ambush them for a selfie photo.

On social media, how Robredo and Marcos Jr. respond to such ambush requests are pretty well documented, with videos and photos captured by both media personalities and the supporters themselves.

Netizens are quick to note how different the two presidentiables have been. Marcos Jr., accused of being mostly unapproachable and elusive. His closest rival, VP Robredo, meanwhile, is noted for her readiness and pleasant response to every selfie invitation from supporters.

Twitter user @juanderpet_ shared a clip of Bongbong rejecting a supporter’s attempt to get a selfie with him. “another one for today’s videoooo,, damot mo naman feeling pogi amp,” his caption reads.

The clip showed BBM jerking away from the supporter who tried to get a photo, while two details prevented the supporter from getting nearer to the presidentiable.

Such a clip isn’t the only documentation of Marcos Jr’s unflattering behavior, as other videos captured from his many sorties across the country mushroomed on different social media platforms like TikTok, twitter and facebook.

Another clip showing a lady supporter getting on to the stage to get a selfie from the former dictator’s son, also made it in on social media. The clip showed Marcos Jr. visibly shooing away the supporter by directing her to get off the stage. “Ate, ayaw nya sa mga hampaslupa na kagaya natin. Pinandidirihan nya tayo. Kung kay VP Leni mo gagawin yan, yayakapin ka pa nya (He doesnt’t want to be around vagabonds like us. He despises being near to us. Try doing that to VP Leni and I’m sure that she ‘ll even offer you a hug)” a netizen shared.

VP Robredo’s pleasant and polite responses to her supporters asking for a memento shots are documented on social media.

MrAlvie is one of those lucky souls who were able to get a selfie with the lone female presidentiable in the 2022 national polls. “Selfie muna with Nanay Lenlen bago maging presidente. Salamat sa pagbisita utro VP Leni Robredo . Daugon na ni nato. (A selfie before she becomes the President.Thank you for paying our place a visit, VP Robredo),” he said in his tweet.

Whatsupjared shared a photo of VP Robredo and Senator Pangilinan giving two Sumilao farmers a warm hug. “These kinds for hug from  @lenirobredo and  @kikopangilinan cutie. “ he shared.

JRSantiago, meanwhile. Shared a TikTok clip that showed an emotional young supporter getting a warm and tight embrace from VP Robredo. “Before we all sleep tonight, I present today’s episode of NAGHIWA NG SIBUYAS.” he captioned his tweet.

These documentations of the two presidentiables as they interact with their supporters and eventual voters are likely to continue, even after the dreaded May 9 election ended.

And with only a few days to go before President Rodrigo Duterte’s predecessor gets named, it remains to be seen whether such clips or photos will be able to flip a voter from one candidate to another. 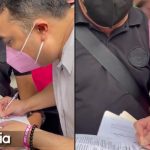 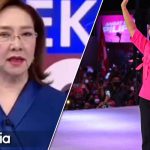