During the Antipolo City People’s Rally on April 5, Vice President Leni Robredo responded to a netizen’s request to attend her graduation.

The two first met at the Robredo-Pangilinan tandem’s campaign rally in Rizal province, where Robredo saw the student’s message while she was on stage.

Without hesitation, Robredo responded that she be there. She inquired when the graduation would be, “Sure, kailan ang graduation mo?”

Upon hearing the good news, it made the student overjoyed.

By the Vice President’s commitment to attend the graduation, the netizen later tweeted and publicly announced that she already has a mother in her graduation, referring to Robredo.

Robredo quickly responded in a tweet to let her know right away of a fixed date for the graduation.

The netizen tweeted that she got a lot of notifs due to her tweet that went viral. She even revealed that the news already reached her family in Japan.

She replied with enthusiasm to update the comedian on the date of the graduation.

Netizens reacted to the conversation between Robredo and the soon-to-graduate supporter.

One netizen even wished to study and graduate again hoping that Robredo will also attend his graduation rites.

Another netizen added that it is a chance of a lifetime for the supporter, and the gesture is a testament to Robredo being a leader with a compassionate heart. 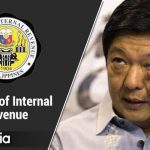 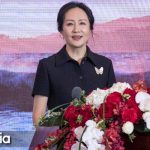