ABS-CBN stars are having a show of force on social media by occupying most of the spots on Instagram’s most-followed Filipino celebrities list. 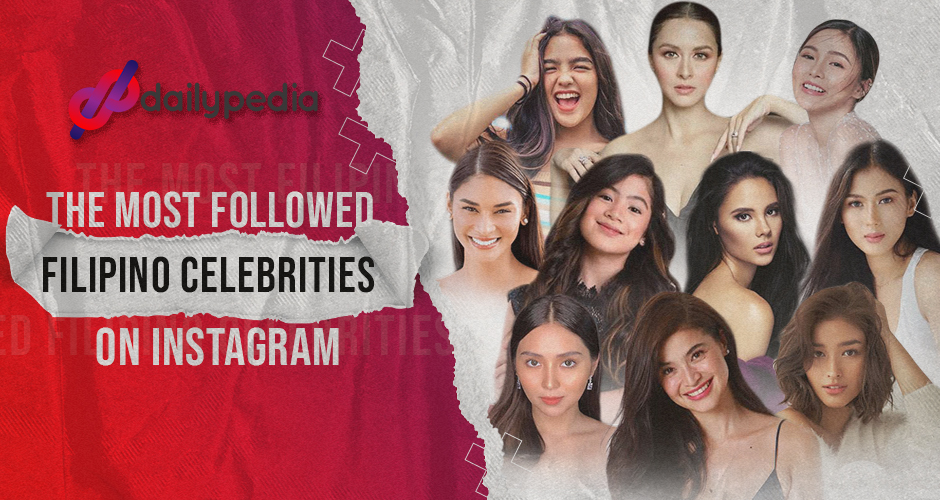 The pandemic has seriously escalated social media use in the world.

While many tap different social media platforms to keep in touch with their loved ones and friends, more turn to the likes of twitter and Instagram to get updated on their fave celebrities.

In the Philippines, Instagram remains one of the most popular social media platforms, which many Filipinos use to follow their favorite personalities. Many celebrities saw gigantic leaps in their official pages’ stats, including likes and followers. As these figures suggest popularity, we look upon the Instagram accounts s of Filipino celebrities to find out who among them have the most followers.

As of March 2022, the following are the 10 Filipino celebrities with the most Instagram followers: 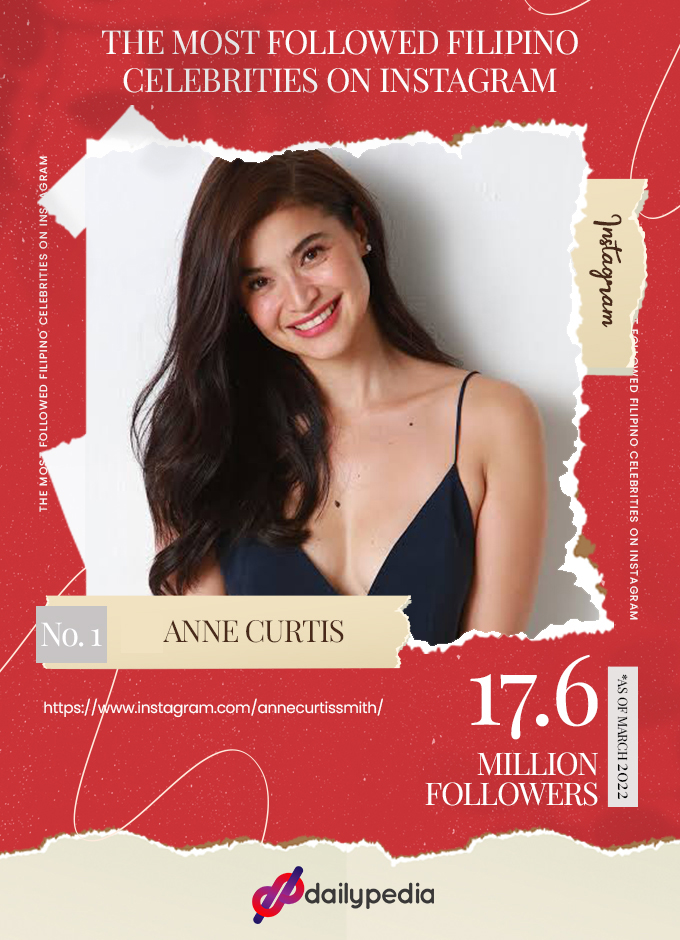 She regularly posts photos of herself and her family. well as updates on her showbiz career. She also uses the platform to promote brands she endorses. She has been keeping her place as the most followed Filipina on the platform for years.

This year, Curtis is set to make a showbiz comeback after a two-year hiatus. 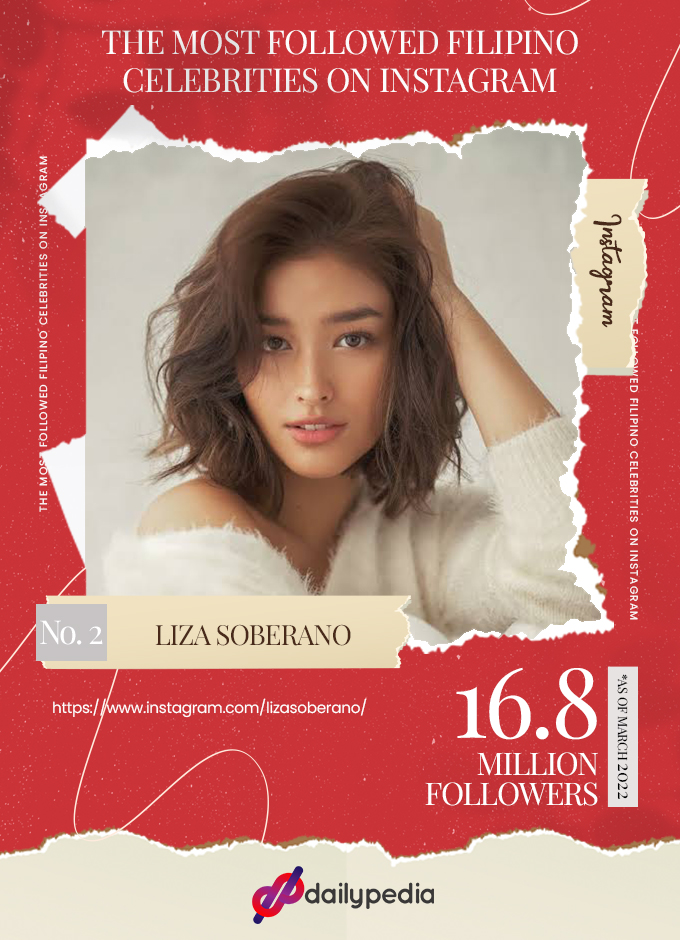 Liza Soberano’s beauty has been enthralling fans for years across the globe.

Her massive popularity reflects her millions of followers on her various social media accounts.

On Instagram, she has nearly 17 million followers, who regularly update themselves on the actress’s daily life. Soberano updates about her endorsements and her career, especially upcoming TV shows and showbiz engagements, including her most-anticipated comeback series and movie with her long-time onscreen and offscreen partner, Enrique Gil. 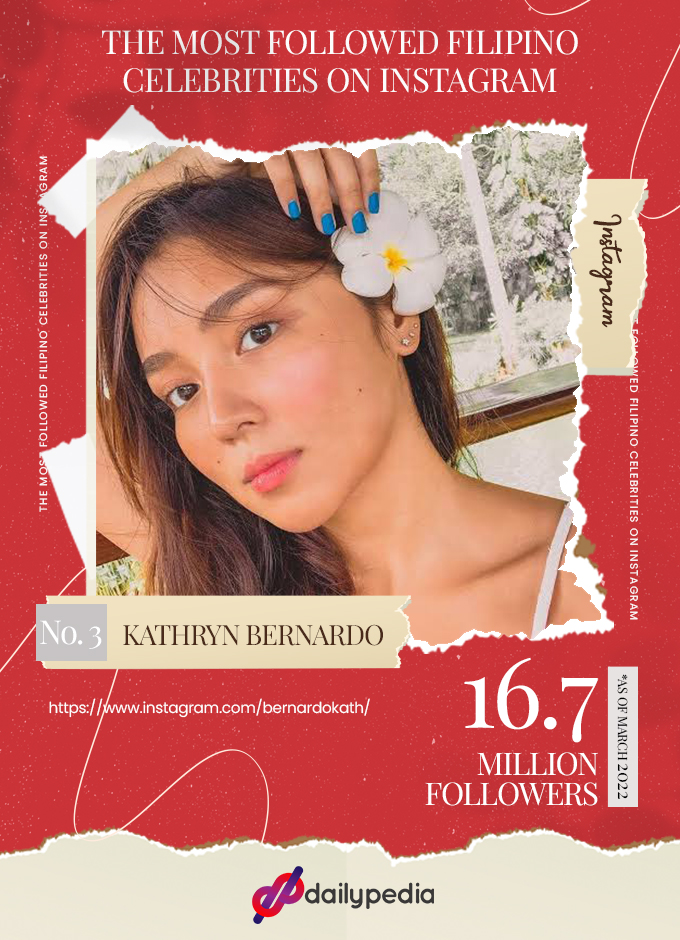 As television and movie queen, Kathryn Bernardo certainly has a lot to share with her fans.

She posts stunning photos of herself, as well as of her loved ones too. Her various endorsements are also regular features of her page. She and her long-time reel-to-reel partner, Daniel Padilla, are set to return to primetime television via the upcoming drama 2 Good 2 Be True.

Niana Guerrero, only 15, but she is undoubtedly one of the most popular and most influential social media personalities in the Philippines.

On Instagram, she has nearly 14 million fans subscribed to receive regular updates on her busy celebrity life.

She has endorsements and many showbiz engagements, which she shares with her eager fans via the platform. She is also currently the most followed Filipino on another popular social media app, Tiktok. 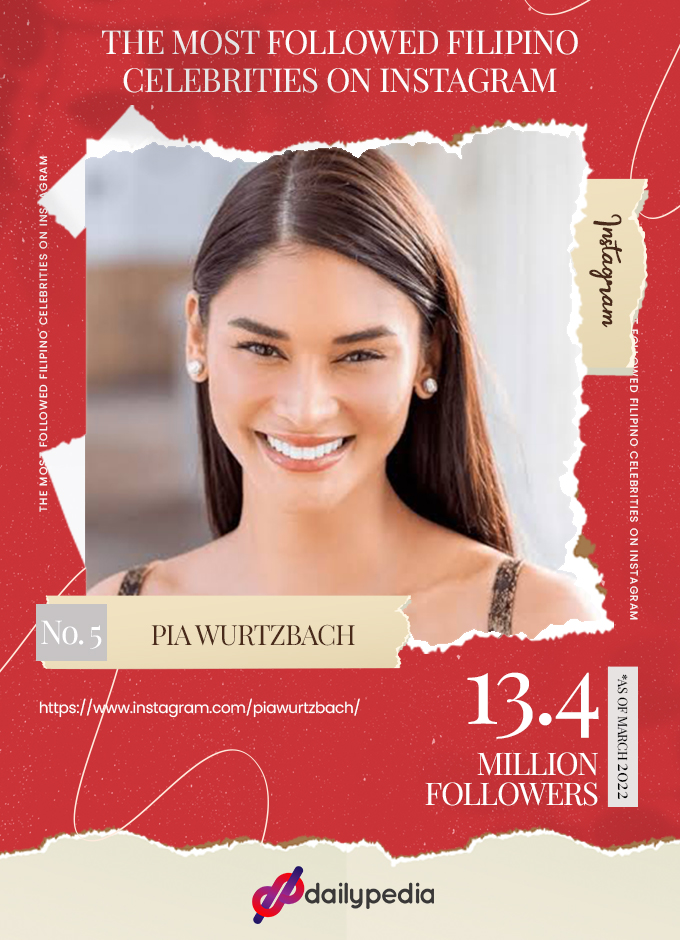 Being a Miss Universe certainly has perks.

That’s evident in Pia Wurtzbach’s legion of fans who religiously follow her on various social media platforms. In less than a year, a million more fans followed her on Instagram.

She is currently the most followed beauty queen on Instagram, with 13.4 million strong followers, getting updates on her daily life and burgeoning showbiz and modeling career. 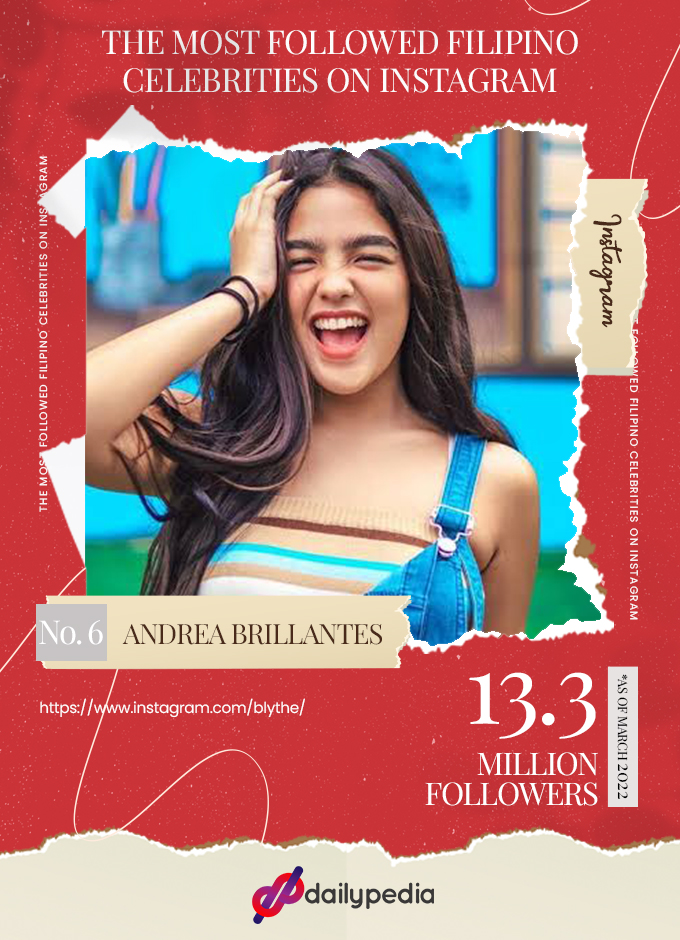 Brillantes is no doubt her generation’s most popular and most influential young Kapmilya actresses, as reflected by her massive social media following.

On Instagram, she maintains 13.3 million followers. The Kadenang Ginto star uses the platform to update fans on her career, her upcoming shows, and endorsements. She is set to appear in the upcoming web series, Lyric and Beat. 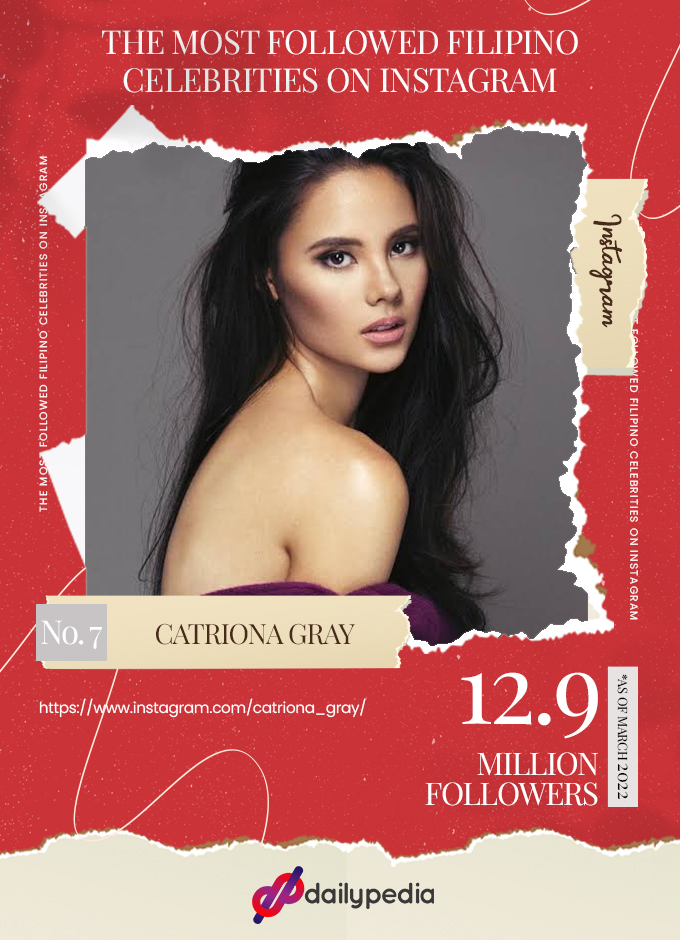 You can’t say becoming the 2018 Miss Universe didn’t earn Catriona millions of fans because her social media accounts only started to draw massive attention when she got crowned.

Now a budding singer and a performer, Gray has hurdled her transition from a beauty queen to a showbiz personality quite well.

Her millions of followers on various social media accounts are screaming proofs of her being a powerful social media influencer. She now uses such influence to keep her advocacies continue beyond her reign as a Miss Universe. 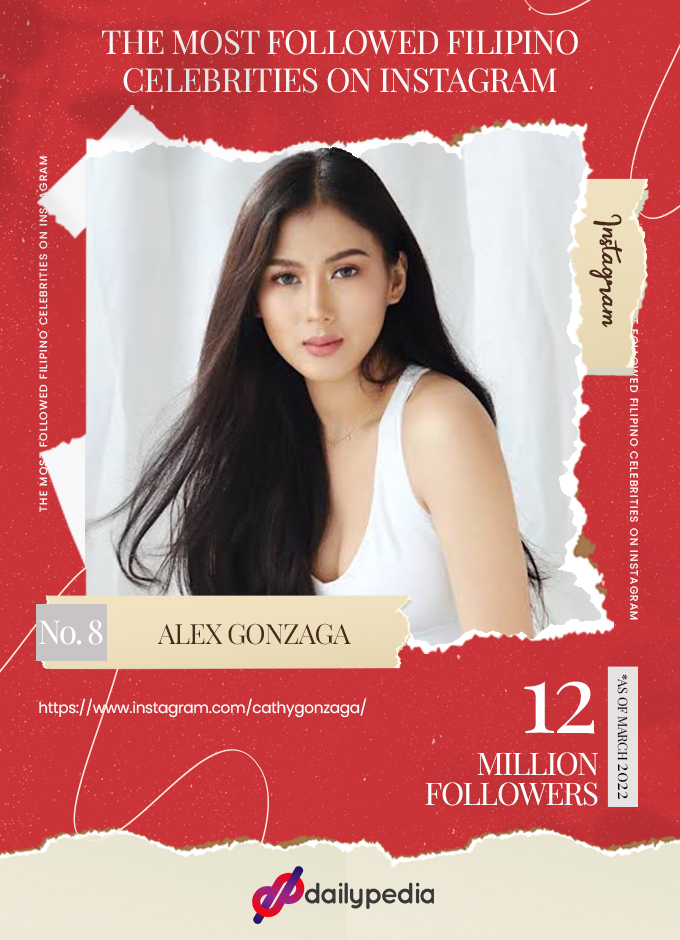 Alex Gonzaga’s massive influence over her fans is pretty well-reflected by millions of fans on various social media platforms.

She is a popular Vlogger whose videos earn millions of views in a short time, which makes guessing how much she gets to earn by sharing stuff with her fans.

On Instagram, she regularly shares updates on career, ongoing and upcoming projects, as well as her multiple endorsements. 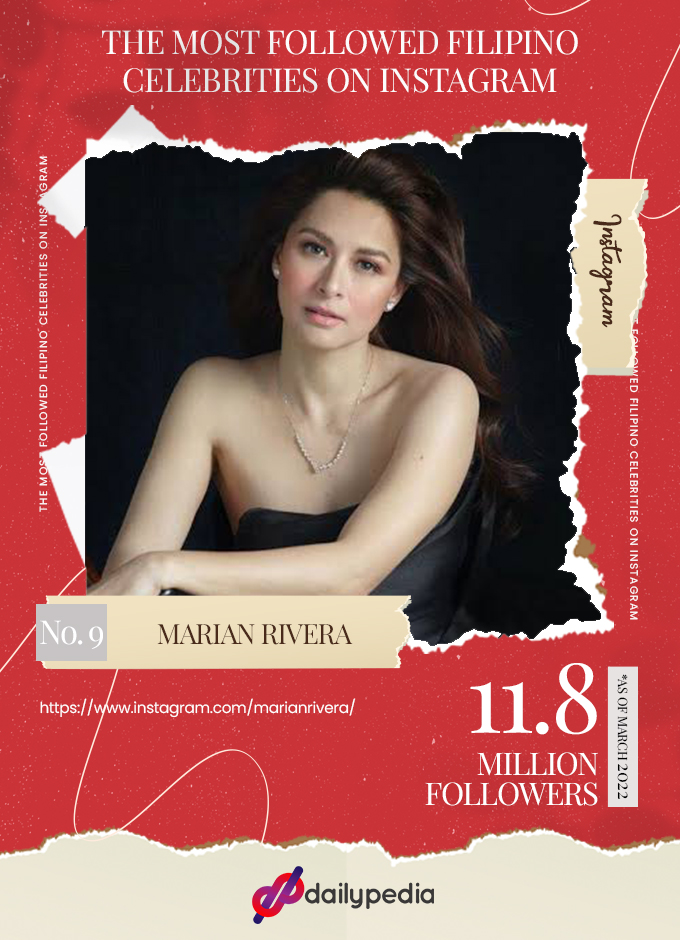 She duplicates such popularity on Instagram, whose number of followers now stands at nearly 12 million.

She updates her fans about her ongoing and upcoming showbiz engagements through the platform. She also regularly shares personal stuff, including stunning photos of herself and her lovely family. 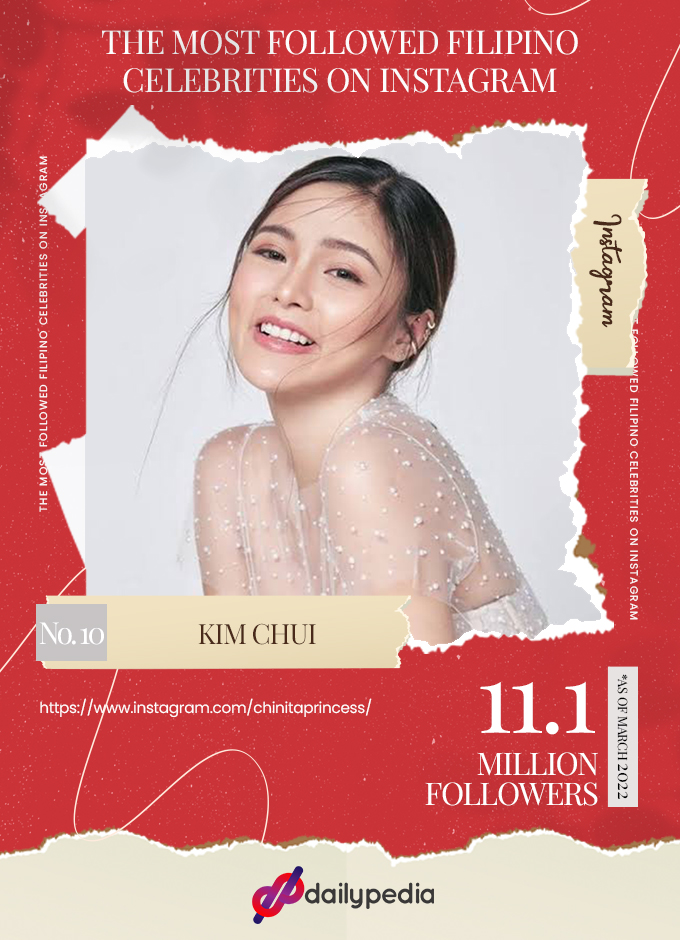 Kim Chiu has lots of things to share with her millions of followers on her social media accounts.

Through her Instagram page, she is able to do so, by sharing beautifully shot photos of herself.

Updates on her career, endorsements, and other personal details, are her profile’s regular contents. 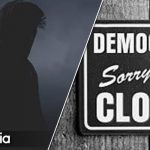