Filipinos together made #KapamilyaForever the number one trend in the country on Thursday, which also made it to the top 10 list worldwide.

ABS-CBN fans promised to keep on supporting the network while it suffers through an unprecedented broadcast crisis. Most are optimistic that it will make a comeback to free TV.

Kantar Media named ABS-CBN Channel 2 as the best network in the Philippines prior to its shutdown last year after a congressional panel refused to grant it a much-needed franchise renewal.

Following its goodbye to free TV and the closure of its radio stations, ABS-CBN had to retrench thousands of employees, and the pandemic only made the situation worse.

Kapamilya stars played a huge role in making the hashtag trend, with a number of fans praising the network for doing the Filipino public a service even without a franchise to operate.

Programs such as FPJ’s Ang Probinsyano, Huwag Kang Mangamba, Init sa Magdamag, and La Vida Lena rake in a lot of viewers every episode aired. Meanwhile, It’s Showtime and ASAP Natin ‘To make it hard for people not to watch ABS-CBN.

The network is now more focused on digital production. iWantTFC, its streaming platform, can be accessed free of charge and contains various ABS-CBN titles and movies that were released during the health crisis.

ABS-CBN recently convinced over 40 artists to sign a contract and work with the network. 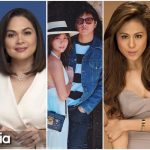 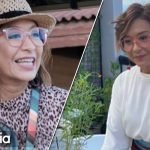