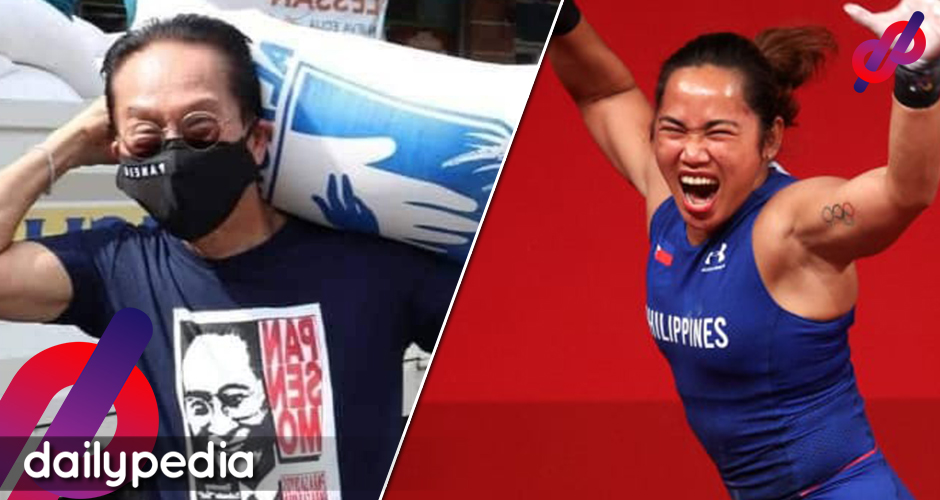 “Her feat makes us Filipinos proud. Her getting the gold is a testament to the Filipino race’s talent and indefatigable spirit,” Panelo said in a statement

He previously linked the athlete to a conspiracy aimed to discredit the administration. In 2019, when he was still the presidential spokesperson, Panelo publicized six matrices naming several groups and individuals in an alleged plot to oust President Rodrigo Duterte. This includes Diaz, as well as the TV host and volleyball athlete Gretchen Ho.

When asked about the press regarding the matrices he previously stated, he explained that he was not the one who made it, and he was only asked to present it as it is.

Panelo blamed the media for misunderstanding his presentation, saying that the media had the “wrong analysis” of the diagram.

“When reporters noted the name of Ms. Diaz in the matrix two years ago and hastily concluded that the government is declaring her to be part of an ouster plot against the President, I immediately issued a statement averring otherwise,” he said.

Netizens then brought back his statement and warning against Diaz, saying that their “very credible” intelligence report stated that she’s a part of the drug list. Jim Paredes uploaded the difference between Panelo’s narrative then versus now.

How to eat your own vomit pic.twitter.com/rUzZGksLdQ

A netizen suggested that Panelo should’ve apologized first before congratulating the athlete as they tarnished her name by red-tagging her a few years back.

Ser Panelo, apology than a congratulation should be in order. Tinarantado niyo pangalan niya. https://t.co/UcO0qD2eoE

They then encouraged people not to vote for Panelo in the 2022 elections.

Don’t vote for Sal Panelo in next year’s election.

Enchong Dee also tweeted the same sentiments on his account.

Jokes on you… never vote for this kind of clown… ever. pic.twitter.com/E9DtIxlLKD

Panelo, after Hidilyn won: We always know that you will bring honor to the country, that's why the Duterte administration always extend its support to you.

Comedian Pokwang then poked fun at Panelo’s previous presentation, saying that it looks like a project done by a 5th-grade student.

In a previous interview with journalist Atom Araullo, Diaz got emotional as she talked about the allegations made against her and how they affected her and her family as her mom got alarmed by the people trying to ask her for an interview.

On the other hand, Presidential Spokesperson Harry Roque congratulated Diaz and said that her achievement is the achievement of the whole nation.

He then denied that the athlete was ever a part of a matrix, saying that he had no idea about the allegations.

Palace spokesperson Harry Roque distances himself from the former inclusion of the country's first Olympic gold medalist in the 'Oust Duterte' matrix, which was released by Malacañang in 2019.

The Philippine Sports Commission was also called out for the photo they used on their congratulatory post to Diaz.

Valenzuela City 2nd District Rep. Eric Martinez didn’t escape the netizens’ criticism as he claimed that he “just did his part” when it comes to the Olympics achievement.

Panelo said that it’s “disheartening” to see people take the limelight out of Diaz’s triumph and make it into a political sentiment regarding who has the right to celebrate the win. 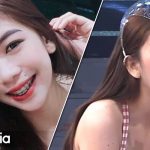 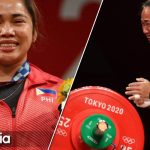