On Monday, May 10, President Rodrigo Duterte showed the public that he needs more allies to defend his decision to back out from debating former Supreme Court Senior Associate Justice Antonio Carpio regarding the West Philippine Sea issue.

In a televised meeting that same day, Duterte had two more Cabinet members to stand by his side. Foreign Secretary Teodoro Locsin Jr. and Chief Presidential Legal Counsel Salvador Panelo had to speak out and defend what the critics are saying about the cowardly move of the Commander-in-Chief.

Locsin said the previous Administration shouldn’t have pulled out Philippine ships from Scarborough (Panatag) Shoal in 2012 before Chinese ships did.

“If I had UNCLOS (United Nations Convention on the Laws of the Sea) by my side saying we are within the exclusive economic zone and the Chinese ship is not, from my point of view, let us look at the other side, ‘go.’ ‘If you go, I’ll go, but you go first.’ Instead, our side withdrew so what happens to our claim that this is ours? Just give it up,” Locsin said.

“I think before you need to start any debate on the obligations generated by the arbitral award, we must first settle the issue, who in the game of chicken stopped this car on the edge of an abyss first?”

Duterte agreed with Locsin without hesitation.

“That was what was in my mind when I challenged Carpio to a debate.” the President said.

“It’s not because I’m afraid of debates. How many debates have I gone through during the elections? There was one almost every day,” Duterte said.

Carpio immediately reacted to the briefing.

Panelo on his part said he was always against holding a debate. Adding that there was “nothing to debate about” since Carpio himself stated that China already took over Scarborough Shoal under former President Noynoy Aquino’s watch and that it was during the Ramos administration when China took control of the Mischief Reef.

“Mr. President, from the very beginning, I was not supportive of a debate,” said Panelo.

Critics were quick to make fun of Duterte, whose popularity with the people seems to dwindle every time he is on television.

He’s digging his own grave everytime he speaks! He got 2 unexpected guest in his presscon. With Panelo and Locsin on his side he will surely reach his doom in no time!

In short, he's inciting his cabinet members to commit treason.

Presidential Spokesperson Harry Roque, who Duterte chose to stand in, in case the debate with Carpio happens. Meanwhile, Roque expressed that he’d be open to engaging in a ‘debate’ with Vice President Leni Robredo. 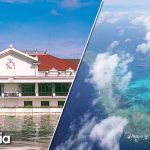 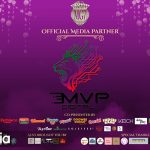