The PhP 270 Billion aid coming from the Duterte administration in response to the COVID-19 pandemic is by far the biggest stimulus in Philippine history.

But how much will each household be getting as financial aid in this time of crisis?

One netizen on Facebook by the name of Edgar Jericho Vallestero made an estimation of how much of the PhP 270 Billion budget a household would get.

He took the 2015 Philippine Statistics Authority’s (PSA) estimated figures for population info at 104 Million, with a budget given at PhP 200 Billion.

From his calculation, the amount is PhP 5,769.23 per Filipino family.

His numbers aren’t the most accurate though as he based his budget at PhP 200 Billion, not PhP 270 Billion and that the population he used was an estimate. Elected government officials have to be excluded from the numbers too as they are not to be included in the said budget.

Thus, there are 101,446 families in the Philippines are in direct relationship with an elected official. Now we have to consider that they are excluded in the list of beneficiaries for the PhP 270 Billion aid for COVID-19, given the fact that they themselves are part of our government that will roll-out the budget.

And so the average Filipino household that can benefit the aid is at 22,848,881. This means if we equally distribute the aid to all beneficiary families in the country, each family can receive PhP 11,816.78.

Should a Filipino family expect PhP 11,816.78 from this aid? The answer is no, as the budget has in mind that it shall be provided for specific expenses that the government had thought about in the first place.

In his last state address, President Rodrigo Duterte mentioned that the funds are being thought of as an emergency fund in the country for the next two months. He added that the government will spend the fund according to the needs of the majority, especially for the poor.

“We are trying our best in these trying times. I am asking for the cooperation of the public. Let us see the needs of the poor,” Duterte said.

Duterte fears that the money isn’t enough for everyone.

Despite the seemingly large sum of PhP 270 Billion, it is still inadequate to consider how much the country had lost and how much it needs to recover.

“It might not really cripple the country, but of course, it causes us sadness and fear,” President Duterte mentioned.

There are some things to consider according to the president. One that he mentioned was to prioritize the food supply.

“We had to adjust the budget, kase uunahin natin ang tiyan,” he added.

He mentioned that the government prioritizes food for everybody.

On the other hand, the government has distributed PhP 8,000.00 in cash assistance per household through its Social Amelioration Program by the Department of Social Welfare and Development (DSWD), and there will be another one in its second month. Beneficiaries were considered by the government as ‘poorest of the poor’. This means that the government had allocated PhP 16,000.00 per family, a budget that exceeds PhP 11,816.78 per household estimate if it were divided equally

There is an also ongoing compensation program by the Department of Labor and Employment (DOLE) for the affected workers who will be given PhP 5,000.00 each.

A call was raised to extend help to middle-class families

As to the government’s effort to reach out to the poor, some PhP 16.34 Billion was released through its Social Amelioration Program by the DSWD and was distributed to 3.7 Million household beneficiaries.

“They are often overlooked. They pay the most taxes. They keep our economy alive,” Governor Remulla says through his letter for the President.

But President Duterte stresses that the government prioritizes the poorest of the poor.

“I’m aware of the letter being sent to me by Governor Remulla to add more people in his province to be given some help. Unfortunately, if we estimate the numbers, those in the middle class and those who are in floating status…it’s hard.” President Duterte explained.

Meanwhile, in Metro Manila, hundreds of thousands of household families were left out from the assistance fund, as the beneficiaries for the Social Amelioration Card was reduced by half. In Taguig for instance, House Speaker Alan Peter Cayetano said 102,000 beneficiary households had been identified when the city’s census showed that it had 270,000 households. The same case happens in Manila where there are 560,000 households but only 360,000 were approved.

In his interview on GMA News, Caloocan City Mayor Oscar Malapitan addressed the same concern for half of his city’s households would only receive the funds.

He added that the local government cannot afford to carry the expenses for the families that will be left out, citing that it would cost a billion.

Half of the households were also left out in the cities of Pasig and Marikina.

DSWD Secretary Rolando Bautista advised the Local Government Units (LGU) that they would only approve those who are validated as their target beneficiary.

But those households that were left out from their Social Amelioration Cards will be consolidated.

Bautista said that the economic managers are now looking for an alternative to accommodate everyone, setting aside additional funding for the amelioration program.

President assured people that the funds won’t be pocketed

The president assured the public that the PhP 270 Billion COVID-19 stimulus won’t be going into his pocket.

In his state address, he said that he has no interest in the assistance funds, and he won’t dare to steal it.

In his words, he said that the country is now desperate as Filipinos are facing the crisis.

He then asked those who can afford and survive financially at these trying times to cooperate by refusing help donations and share that instead to the needy.

“To my brothers and sisters, especially to those who have more in life, if hindi mo naman masyadong kailangan, ibigay mo na lang sa iba (na mas nangangailangan).”

He added that the PhP 270 Billion budget in response to COVID-19 is inadequate, giving his warning that the money will eventually run out in just two months.

“Hindi talaga tatagal yan, mauubos talaga yan,” President Duterte as he said that the funds would not last long.

He later stressed the importance of social distancing, telling how important that is in combating the disease. He urges everyone to stay at home until the crisis is over. 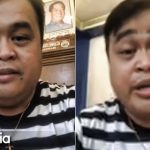 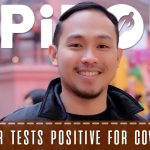