There are some celebrities who endorse politician during the campaign period which can influence the voters to choose the candidates because of their favorite celebrities.

Some of the netizens wonder if these celebrities are voluntarily endorsing the politician or they are just being paid.

On May 8, the actor and talent manager Ogie Diaz gets frank on his Facebook post regarding celebrities endorsing politicians in the upcoming midterm elections. As for him, one or two appearances may be free but for those who are always present in most of the campaigned, he believed that they are paid.

Diaz also said regarding those celebrities who appeared on political advertisements that some of them showed support for free but some were also paid especially when the candidate believes the celebrity could help them garnered more votes; it really depends on the celebrity.

At the end of the day, celebrities can support their candidates at the same time they are earning.

Diaz is also Liza Soberano’s talent manager; he also mentioned that there were a lot of politicians asking for Liza’s endorsement. 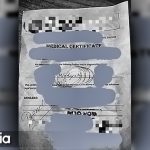