How would you define love?

The dictionary says “love is to like another adult very much and be romantically and sexually attracted to them or to have strong feelings of liking a friend or person in your family.”

This means that love is an affection which a person has perceived. But one disagrees, because for him, love is not affection but a promise.

A captioned post has been going around Facebook, made by Jerry B. Gracio, an ABS- CBN writer who made people relate to his point of view about love.

On his post, Jerry started to share about his love partner “Mon,” who would travel for three days with his friend for work in Baguio. And few days before, Mon was so jealous because he had seen Jerry talking with somebody. He was anxious about it that it won’t make him feel sleepy, and wanted to argue with it.

At that moment, Jerry’s admitted that he used to flirt but he knows his limitations. He also knows who he should love, though sometimes he doesn’t feel it.

Jerry led him to the car and Mon kissed him on the lips, in front of the people in their place before he set off. He said, “Ako ang nahiya. Tangna, ilang laláki ang hahalik sa ‘yo sa labas, sa harap ng maraming tao?”

Jerry can attest of Mon’s love for him, though sometimes he doesn’t feel the same way.

For fifteen years in a relationship with him, that was the moment that he was so sure that love is not an affection but a promise – a promised to love each other with or without the feeling of liking.

For him, you cannot depend on your life on mutable feelings. But having an affirmation to love one another, either with or without the affection, because love is not an affection nor an infatuation. 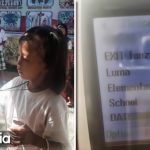