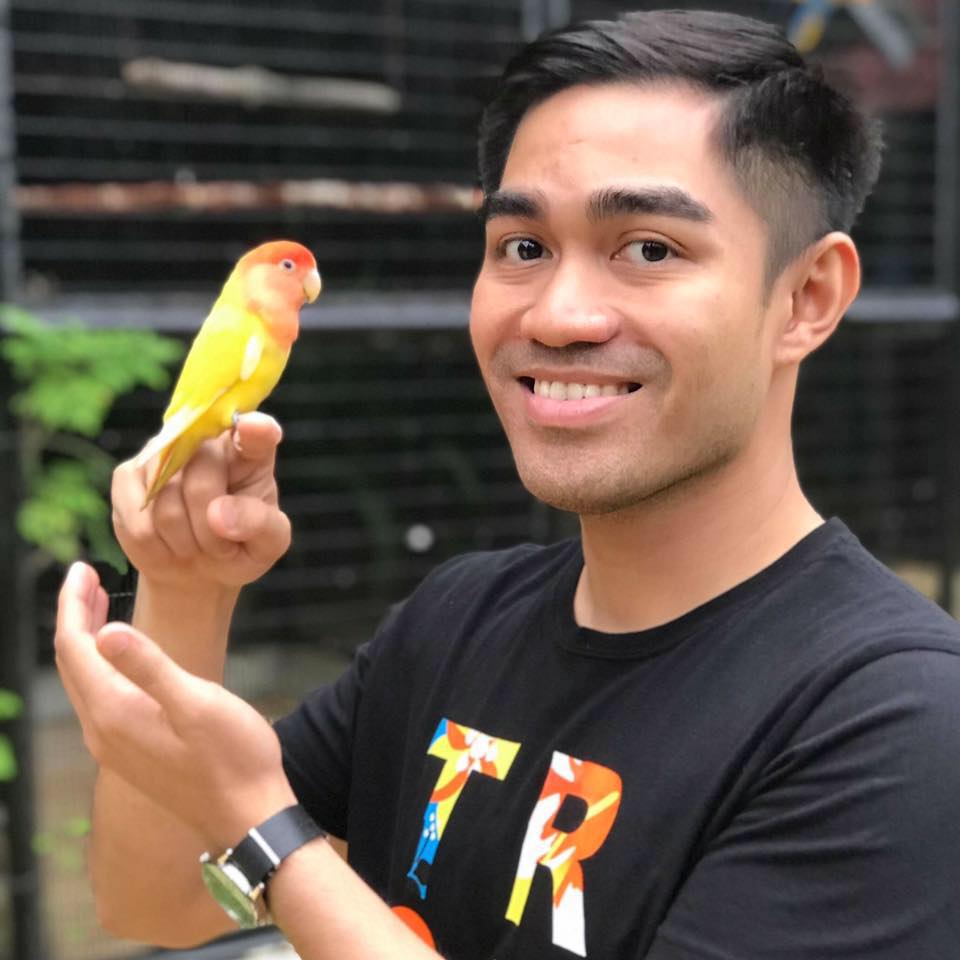 In a conversation with another netizen, he admitted that he is a supporter of the Aquinos but he is not one of those who receives money to do so.

When someone urged him to name them, he said that he will not just spill who they are, but also present “receipts”.

A Twitter user dared Falcis to “present the evidence” and not be divisive on Twitter. He replied that he will first see if the certain blogger will post about Aquino’s sentiments, and if that person does, he will do it.

He also accused the blogger of receiving P25,000 from Aquino. 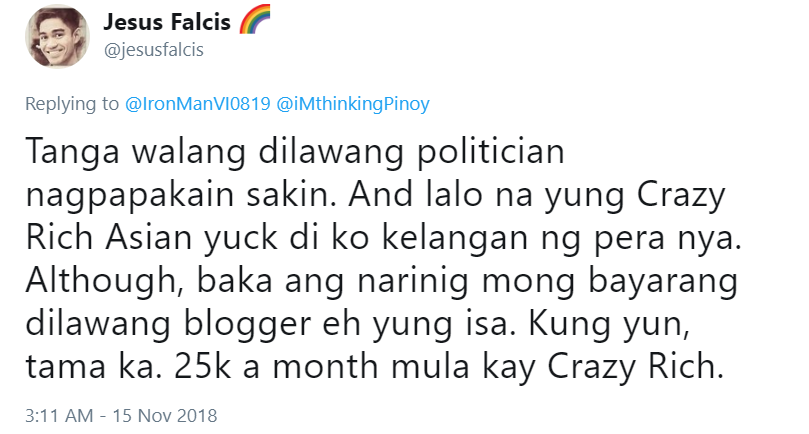 A few days ago, Aquino’s lawyers have denied the allegations that their client launched death threats against Nicko but she  did file a case against him in several cities for allegedly using personal purchases via credit card she entrusted to him to make transactions involving Kris Cojuangco Aquino Productions, her company.

In her complaints, she stated that the amount of purchases that were supposedly stolen by Nicko reached P1.7 million. 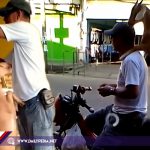 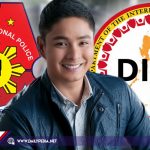