#VictorMagtanggolAngSimula has trended on Twitter when its pilot episode of GMA Network’s new primetime series starring Alden Richards. The Kapuso show went abuzz since the network has revealed the teasers of the said action-fantasy show.

The hashtags for the first and second episodes reached the top of Twitter Philippine trends, however, it seems like Victor Magtanggol has failed to beat the strong ratings of its rival FPJ’s Ang Probinsyano.

This means that Ang Probinsyano is still on the top of the game when it comes to the urban and rural ratings in the country.

Noel Ferrer stated that Victor Magtanggol is currently feeling a lot of pressure since it’s sandwiched between two winning GMA Network shows. It showed, however, that the result is not too bad as they still managed to snatch a portion of Ang Probinsyano‘s viewership.

Ratings aside, the Victor Magtanggol star Alden Richards is thankful for all the support the show has received from the viewers and his fans alike. 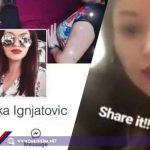