Everyone has to start from humble beginnings, right?

If you are thinking that the famous celebrities you see on your tv screens start off glamorously, you might be thinking wrong. It may be true that they are living in glitz and glamor now, but that doesn’t mean it’s synonymous to how they were before. Many of the beautiful faces we see in the limelight did not grow up with a silver spoon in their mouth. Most of them strived really hard to find their way to success and stardom.

We listed 10 celebrities who had odd regular jobs before they became famous (note: some might shock you!)

Who would believe that this former indie heartthrob was employed as a janitor in Alberta, Canada? Coco Martin was an OFW, working in a bingo parlor before he slams TV Ratings for FPJ’s Ang Probinsyano.

In an interview, he admitted that his worst nightmare is cleaning toilet stalls saying, “You’re just simply at a loss on how to do it because of all the shit. I also didn’t know what to do with the sanitary pads.”

After graduating a degree in Physical Therapy, he worked at the admissions desk in an emergency room at a Los Angeles hospital. Despite entering showbiz early by guesting in That’s Entertainment, he chose to practice his degree by getting employed in the hospital where his mother used to work.

Before reaching the comfortable life she’s living right now, the Comedy Concert Queen experienced hardships in life first. She worked as a saleslady in a department store in mid-’80s before hitting comedy bars as a regular comedienne.

Still grateful to those college girls who paved the way to his fame, Richard Gomez was once a service crew at McDonald’s. Due to his natural charisma and popularity, he landed filming top-rated movies with Dawn Zulueta.

Before getting dubbed as the Philippines ‘Superstar‘ and before bagging countless acting awards, the iconic Nora Aunor is a former peanut vendor in a train station.

Being the face of ’00s-era noontime shows, no one would have expected that Kuya Wil was once a hawi-boy/bodyguard of his friend, Randy Santiago. He became a personal assistant whose job is to serve as human barricades in concerts and events. Then, after getting sidekick roles to his comedian friends, he finally earned a slot in the spotlight.

Hard work truly pays off. Scanning through his acting background, you can tell that Jericho’s career started early. But before showbiz, it’s never easy for him and his family. He once worked as a fish vendor before getting scouted while fixing tables at Greenwich.

Completing the elite group of “It Girls”, Solenn used to take roles behind the cameras–as a makeup artist. Nope, if you’re thinking it’s unglamorous for her, you’re wrong. She has an impressive degree in fashion and beauty, graduating at the Studio Berçot and Make Up Forever Academy in Paris.

Before taking showbiz by storm, Dong worked as a regular back-up dancer on Eat Bulaga and That’s Entertainment.

Upon graduating with a degree in Psychology from De La Salle University-Dasmarinas, she worked as a special education teacher. Even before giving birth to Maria Letiza, she was employed as a staff at the National Institute of Mental Health where she gives out medicine and evaluates patients.

See? Your idols have experienced hardships in life, too, and they’re still undergoing some. Inspiration? Yes, of course! 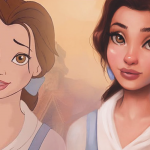 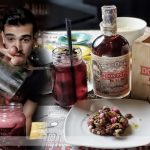