Are you a die-hard fan of Disney Princesses? Were you inspired by their literal fairytale story?

You’d love them even more

Isabelle Staub, a freelance illustrator, reinvents famous stills from Disney Princesses’ films to wonderful works of art. Would you believe that she was able to get out of a creative block when she came up with this brilliant idea?

According to her, “I’ve always loved Disney since I was a child, so I decided to paint the princesses in my own art style for fun.” As she told DesignTaxi, she really got into painting, taking 8 to 12 hours just recreating each image. The art genius admitted that most of the process was done in Corel Painter with a slight touch of Photoshop.

“I’m definitely ready to start a new series! Someone requested villains, which I think would be really cool. But I might give the whole Disney theme a rest for a while,” she said after fans gave her the idea of recreating the villains, too.

Some of her magnificent works are as follows:

Belle from “Beauty and The Beast”

Ariel from “The Little Mermaid”

Esmeralda from “The Hunchback of Notre-dame”

Tiana from “The Princess and the Frog”

Staub was a BFA graduate at Moore College of Art & Design and is currently based in Philadelphia, Pennsylvania, working as an illustrator and artist.

Good thing for her, she is already in the first stages of her own children’s book. For more information about the artist, you can visit her blog here, and also, Instagram. 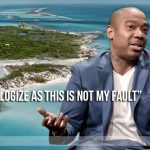 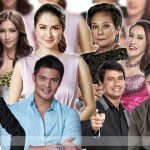