As the longest edition of Pinoy Big Brother commenced, a new Big Winner was named!

The 19-year-old outlasted a total of 30 housemates and bagged the prizes home. After receiving the highest total percentage of text votes, 42.71%, Maymay has now a million pesos in her pocket and a house and lot.

The latest Big Winner will never reach the stardom she is now experiencing if it was not for her fans. She gained huge fanbases after showing the funny and adorable side of her. She stood strong against the challenges and proved that she deserves the love her fans are giving.

This woman was caught busy voting for Maymay and replacing a tremendous amount of sim cards. Packed in a zip lock pockets, Fiona Ponce and her squad gathered a total of 10,000 sim cards just to vote Maymay.

The 25-year-old from Makati said that the majority of the funds of their campaign came from the help of OFWs. They had spent more or less 200,000 pesos for the sim cards alone, excluding their tarpaulins and LED banners.

Ponce is the President and Admin of Maymay Entrata Official on Facebook, it was their collective efforts that enabled them to collect their funds to support Maymay.

When asked what is the reason behind their huge efforts, even though they could receive nothing in return, she said,

We did this out of love. The prizes will really help her and her family. She really deserves it.”

According to Ponce, they also have voting parties located in Bukidnon, Batangas, Cavite, Laguna, Valenzuela, and their main voting precinct is in Mandaluyong.

When Cory Vidanes announced the Big Winner, the group rejoices and tears of happiness were shed off. They jumped around hugging one another for the success of their campaign.

For them, Maymay really deserves the title and their efforts did not go to waste. 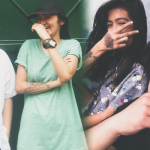 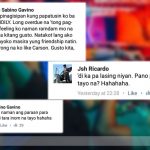