Heather Morris arrived in the country on Tuesday, June 23, much to the delight of her Filipino fans.

Morris proceeded to the Makati Shangri-La Hotel where she will stay for the duration of her trip. She will guest at Wednesday’s launch of Entertainment Everywhere, the latest content offering from PLDT HOME and Smart, featuring iflix.

The project is the first among a series of launches for iflix in the region. Families and individuals will enjoy more than 11,000 hours of TV and movie entertainment from the best content providers around the world—including top Hollywood, European, Asian, and even local studios—in just a few clicks. In other words, users can now enjoy unlimited entertainment wherever they are across the broadest range of devices. From smartphones, tablets, laptops, desktop computers, to even TV screens (read PLDT’s full press release here).

Heather Morris is an actress, dancer, singer, and model. She’s known for her role as the cheerleader Brittany S. Pierce in the musical comedy series Glee. She started her career as a back-up dancer for the pop icon Beyonce and was snapped up by Glee producers in 2009. 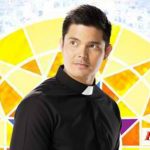 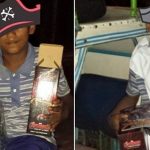