Incidents of “fake priests” swindling many believers has become one of the main problems of the Catholic church today. Regardless of several warnings from the Catholic Bishops’ Conference of the Philippines, an increasing number of people are still falling victim to these scams.

Recently, another suspected fake priest asking for donations before conducting a series of “healing masses” was caught in Pangasinan last Monday, May 18. But instead of being sent to jail for committing fraud, “Bishop Eduardo Roxas” was just asked to go back to his home in Bulacan two days after he got caught.

According to a report from GMA Dagupan, the CBCP and its president, Socrates Villegas, suspected that the 75-year-old fake priest was roaming around different barangays of Mangaldan and Manaoag while performing masses in concealed areas, especially in private homes.

The secretive Roxas raised the suspicion of Barangay Emarcadero, Mangaldan’s residents after he celebrated a mass at a house in the said town. The swindler purportedly dressed exactly like a priest and handed out envelopes for donations. Another healing mass was also conducted last month at Virgin’s well in Manaoag, Pangasinan.

He was using oil during his “Healing Mass” according to the Parish priest of St. Thomas Aquinas, Fr. Hernan Caronongan. Roxas gained the attention of many home owners and their neighbors by claiming the mass could heal people with various sickness. A resident even said that Roxas’s mass appeared so real that they almost never noticed that it was just a false mass. 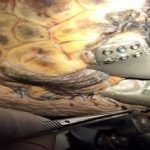 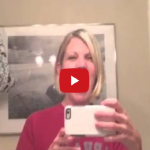