To increase its workers’ productivity, South Korea’s Daewoo shipyard, a maker or the world’s gigantic vessels are developing an innovative suit more known as exoskeletons.  While wearing this robotic suit, the workers’ muscular strength will be boosted which will enable them to easily carry loads weighing more than 30kg. The company’s researchers are then aiming to increase the suit’s capability which will let them lift up to 100kg in the coming years.

It may not perfectly look like an “Iron Man” suit but the mechanism of the exoskeleton works exactly like that we are seeing in movies. Padded straps are being worn at the waist, thighs and schest which connects the user to the suit. The feet are strapped with the help of foot pads at its base. A backpack will then power up the electric motors and hydraulic joints which will be the prime movers of this wonderful innovation. It also has a Google-glass like night vision goggles that have sensors which can track the user’s hydration level, heart rate and provocation. The suit is mainly made up of carbon, aluminium alloy and steel and it weighs around 28kg while its battery pack can last for at least three hours. There is also a certain qualification for anyone who desires to wear it. They have to stand at least 160 to 185 cm high. People with heights and body frames within that range are expected to be able to carry the relatively heavy suit without any qualms.

While its main goal is to increase the shipyard workers’ productivity, some of its flaws can be distinguished relatively like the reduction of the workers’ speed due to the heavy suit, restricted twisting motion, lack of user-friendliness and its vulnerability to slippery areas. Nevertheless, this Korean “Iron Man”-like suit is still a marvellous technological advancement the good thing here is there is still a big room for improvement to make it a lot more efficient in the near future. 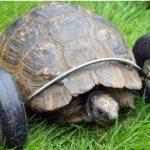 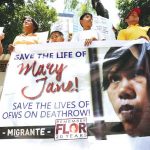