After reaping numerous mixed emotions from the recently concluded 2015 Binibining Pilipinas Grand Coronation Night, from controversial hosting stint of Toni Gonzaga to 2013 Miss Universe 3rd runner-up Ariella Arida’s English accent and Wyn for the Win appeal in trending site, all attention is now focused on the newly crowned Miss Universe-Philippines Pia Wurtzbach. And it seems that Phil Younghusband and President Benigno Aquino III would second and third the motion.

During an interview with ABS-CBN News, pageant “threepeater”, who finally won the crown, said that she and Younghusband are not currently dating.

Following up, she was not discharged from question that President may supposedly pursue his interest towards her.

A week before the pageant coronation night, allegedly spotted that Wurtzbach and Aquino had a dinner together at a Quezon City restaurant.

In a live interview on “Aquino & Abunda Tonight,”  the chief executive’s sister Kris Aquino straightly asked Wurtzbach if she dating her brother. The latter admitted that she and PNoy have communication and described him as “very fun to talk to”.

Wurtzbach exchanged sweet smiles when Kris promised to be “good sister-in-law” to her.

Noting that supposed admiration makes her feel “flattered” about, she urged that her priority is to prepare for the upcoming Miss Universe pageant.

“Kakapanalo ko pa lang, it’s only been two days. This is my first day as Miss Universe-Philippines and right now there’s nothing I can think of but the training and preparation that I have to do. I’m looking forward to it.”

Meanwhile, supporters will get to see the newly crown ladies for their scheduled guests lineup.

“We have upcoming guestings and I hope everybody looks forward to that.” 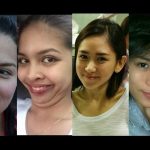 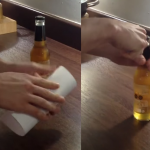