4.) Iceland’s icy regions is just a minor part of the country – Yes, there are areas of Iceland covered in ice. But unlike Greenland, snow often builds up only during winter.

More so, the chances of snow fall in the southern part of the country are slim. The coldest area here is the mountain range of Central Iceland. In contrast, Iceland is teeming with geysers and volcanoes. This makes geothermal energy an optimal source of electricity.

In another irony about Iceland, the country has one of the lowest crime rates in the world even though its 700-strong police force is not licensed to carry guns.

Also, the country has no standing military. Its defense is taken care of the North Atlantic Treaty Organization which sends peacekeeping forces to the country. But then again, there seems to be no need for this because prisoners in the entire country are only in the hundreds. Maybe it’s their belief on the existence of elves that keeps them disciplined. 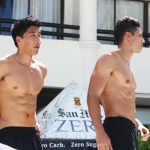 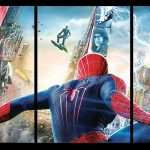