Have you been amazed by the amazing web slinger in his recent comeback? Yay or nay, you ought to read this thing. Bet my hat Director Marc Webb and the entire crew of The Amazing Spiderman 2 are now in jumps of joy. Why? Well I’m still hearing cheers from last night’s special screening of the flick, which I’m sure to echo to please Spidey-fans along with its enterprise in a blockbuster hit.

For those who watched it right away and those who are still waiting for the long lines to cease, here’s an overview of the not-so-spoiler facts:

Well, let’s catch-up first. We’re on the sequel from the last swing of Spidey from defeating Dr. Curt Connors (remember him? The Lizard Man) in the last film. Now, here’s the situation: Peter Parker/ Spiderman (Andrew Garfield) just can’t stay away from his girlfriend Gwen Stacy (Emma Stone) after promising her dad so as to keep her safe, making their relationship as twisted as ever. Meanwhile, Spiderman rescues a nerdy Max Dillon (Jamie Foxx) who reveals to be working for OsCorp and later on becomes the shocking Electro. And here’s the comeback of Peter Parker’s best buddy Harry Osbourne, who is dying and is in complete confidence that Spidey’s blood can save his life. Oh one more thing, there’s a back masking of the real story behind Peter Parker’s parents. What more is there left to say?

But hey, don’t get discouraged here. As for myself, I can really say that the plotlines were a bit jumbled up. However, what made me sit for almost two-and-a-half-hours on the special screening are its solid actors, the witty script, made-perfect chemistry, and the epic visual effects.

This is what Hollywood superhero films are introduced today – with a mix of humour. The latest instalment of the web slinging hero is tinged with scenes that will absolutely not just make you chuckle but burst a laugh somehow. Unlike the first swing of Andrew Garfield as Spiderman in the first film, which revolves on a serious mood, with its dramatic pose of cries and goodbyes, the second instalment is far different.

Although the dramatic dispositions were instilled, you can easily notice how the full transcript of the film is mixed with humour. From slight movements to punch lines made mostly by Spidey himself, we can never miss the feel of laughing with the team while they shoot those specific scenes in the set.

For a superhero franchise which visualizes what we already know, it is a strange thing to see that Director Marc Webb really targeted our emotional cores in telling the story of Peter Parker and his immediate others. This is evident in Peter Parker’s search for truth behind his parent’s desertion of him when he was a child and in his relationship mainly with Gwen Stacy. I can say that this emotional touch is where the strength of the film lies.

If you’ve watched it already, you’ll understand how much we bantered and demanded more of Andrew and Gwen scenes as they light up the screen every time they stole a few kisses all throughout the film. And there’s more to tell…

Spidey and his heroine

Well, he loves his job, saving New York and showing off the amazing Spiderman everyone expects.  But when it comes to formidable enemies, say on the first film we have the Lizard man, and Electro teamed up with Green Goblin in the recent sequel, we have Gwen to help her amazing boyfriend in a way that no other superhero girlfriends did.

Compared to the first film which showed a fearing and at the same time reassuring Gwen, she levelled up this time. Gwen Stacy became the reliable girlfriend, making her own decisions and steps in Spidey’s way in time when he goes over his head. In this instalment, she came to the realization of Spiderman’s responsibility to the city and finally understands why he does not have to be with her all the time.

The visual effects that will swing you away

When I say mind-blowing, I really meant mind-swinging when it comes to this. Spiderman loves to hang and swing around New York’s tallest skyscrapers. It’s amazing, really. It leaves you wanting for more jumps and swings, awed and dumbfounded all along. It happened to me. Ha-ha!

Tell you what, watch out for the superb fight scene between Spiderman and Electro (but what about the other villains?) Well, they’re superb as well, so watch out. Get ready for a mind-swing throughout the film.

In the light of twisting plots this sequel have, you can never miss the number of climaxes that will leave you in a “What happens next?” facial expression. These rising actions are really swinging, it will get you thinking that you’re at the end already but it’s not. It really is not.

Anyway, these climaxes really come to an end. What’s good about this is, the film ended with a living villain, hinting another sequel to wait for. Applause for Spiderman! 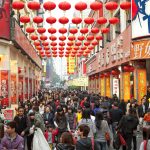 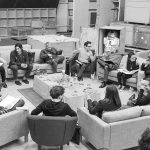