Aside from our Christmas celebration being the longest in the world and TV networks releasing the annual Christmas Station IDs, what makes our version of the event celebrated around the world every December, is the annual Metro Manila Film Festival. 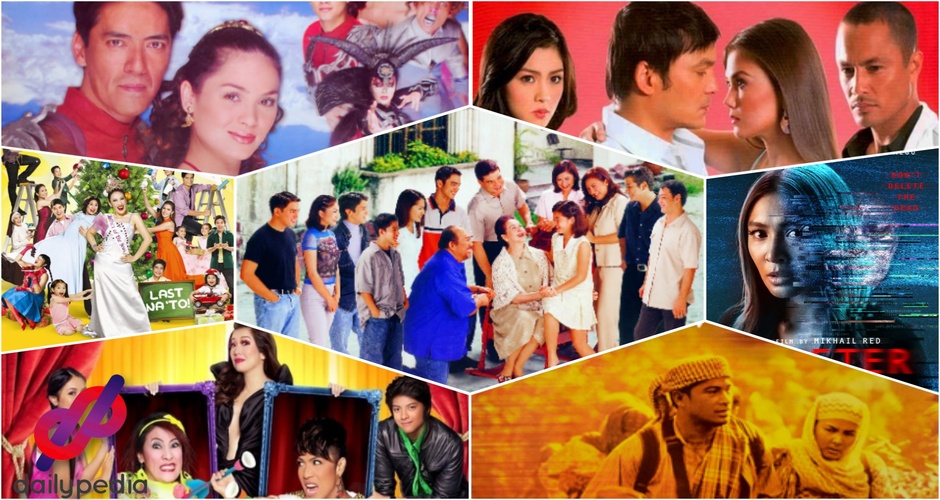 The Metro Manila Film Festival is the ideal venue for producing mega-blockbuster films, at least for local productions. In fact, several MMFF entries ended up holding the ‘highest grossing Filipino movie of all time’, the most recent of which is the 2017 top-grosser, ‘Gandarrapido: The Revenger Squad’, which ended its extended run with more than PhP571 million at the local box office.

Since 2000, the final gross for the official highest-earning MMFF entry has been fluctuating, although it’s worth noting that figures have consistently risen from 2009 to 2019. A sudden change in the selection process caused a drastic fall in the overall festival gross in 2016. As a result, the festival’s haul has surpassed 1 billion pesos every year.

Topping the box office is not necessarily a guarantee of winning the festival’s Best Picture award. That said, there are entries that notably both dominated the box office and won the Best Picture award. Tanging Yaman (2000), Mano Po (2002), and Ang Tanging Ina Mo: Last na ‘To! (2010), all emerged as the overall top-grosser of their respective editions, by the end of their domestic run. 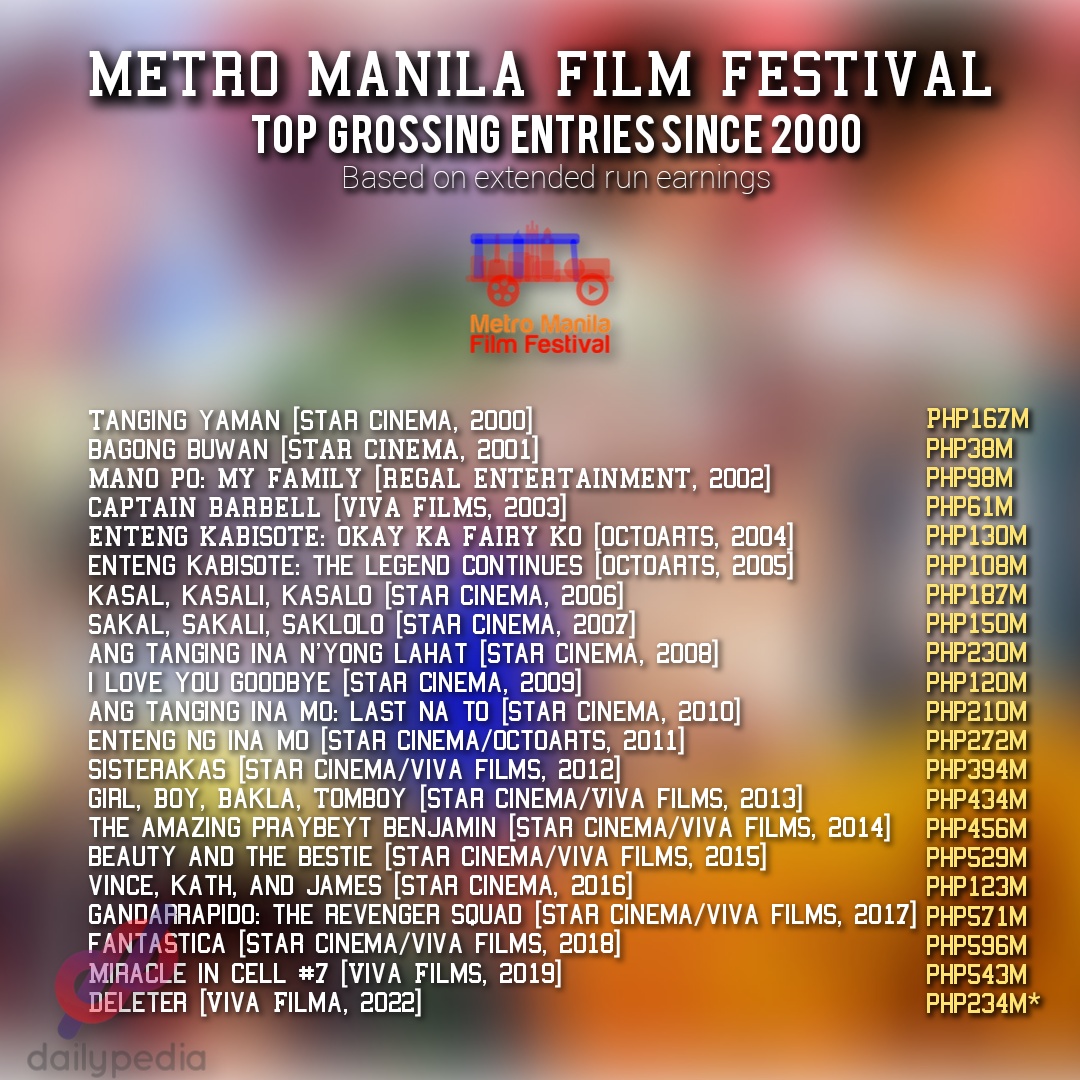 Although rare, some movies that emerged as the overall highest-grossing by the end of MMFF’s official 14-day run eventually got overtaken by other entries that added more earnings throughout their extended run, enough to become the highest-grossing MMFF entry. I Love You Goodbye (2009), for example, ranked fourth on the opening day of the festival, but managed to place second by the end of its festival run. It then surpassed the festival’s top grosser, Ang Panday (2009), after collecting PhP30 million more from its extended screenings.

Among films produced solely by Viva that topped the box office are Captain Barbell (2003), Miracle at Cell #7 (2019), and the most recent Best Picture awardee, Deleter (2022). OctoArts and its partners were able to dominate the box office in some of the festival’s editions as well. This is thanks to its movie franchise, Enteng Kabisote, which has spawned no less than four movies since 2000.

Now poised to rebound from the pandemic, local cinema has seen a dramatic improvement in sales. As evidenced by the over PHP500 million combined haul of all entries to the 2022 Metro Manila Film Festival by January 7, 2023. That figure is already 2,400% higher than what the previous two editions earned. Although it’s worth noting that, that 500 million is still much lower than the usual PhP1 billion plus, pre-pandemic gross sales of the festival, it at least shows, local cinema is already headed to full recovery. 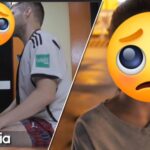 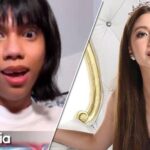