Controversial director Darryl Yap revealed he had several discussions with Senator Imee Marcos regarding the authenticity of his new film, Maid in Malacañang.

During the grand media press conference held at the Manila Hotel, on Tuesday, July 17, Yap, and the entire cast dealt with questions asked by the press, about the film and the characters.

Yap shared how the conception of the film started. “Nabuo ang pelikula kalagitnaan ng eleksyon, when I was doing Len-len series for Senator Imee and Vincentiments.

(The film was conceptualized in the middle of the election period when I was still doing the Len-Len series for the senator and Vincentiments)” he said. The said series notably became controversial for throwing shades at former Vice President Leni Robredo.

“(I offered the project to Senator and she agreed to do it right away, because she thought I was joking. I then told her that I already pitched the idea to Viva and that it was already in the works),” he added.

One of the most interesting questions raised was whether the director had some arguments with the members of the Marcos family, regarding the authenticity of the film and the veracity of its claims. He revealed that he had discussions with Senator Imee Marcos while doing the film.

Noting how the senator is very meticulous when it comes to details of the film, Yap shared how he got challenged to meld creativity and authenticity in Maid in Malacañang.

“(Senator Imee is very cautious with the details. Knowing me who never really cares about criticisms…but you can really feel how she really tries to avoid creating friction with critics, which makes me her total opposite),” he noted.

Yap also noted how Senator Marcos was always at his side to ensure that each scene he directs matches the truth.

“Si Senator sa kalagitnaan ng pelikula, she was saying ‘Darryl’, it’s not like that, ‘ganito…ganito ‘yung nangyari, ganiyan. And I said, Senator, we don’t have to be 100% truthful to that scene. No Darryl it should be like this.

“I can tell you guys that the Senator is very keen and ostentatious when it comes to telling the truth,” he said.

During the press conference, Yap revealed that he had to shrink the length of the film from 3 hours to under 2 hours to make sure that only the authentic and real-life events make it into the final cut. He said that he would have wanted to keep the original length of the film, had Senator Marcos not pleaded to make the film truthful.

“As much as I want to be very creative, the senator is always at my side saying truth and creativity, you can handle that” he shared. 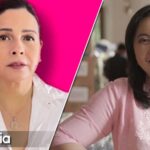 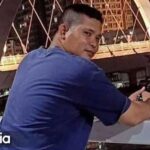