ABS-CBN supporters still remember the May 5th, 2020 shutdown like it was yesterday.

The network was pulled off the air after the National Telecommunications Communications (NTC) issued a cease-and-desist order following its franchise renewal failure.

“This is ABS-CBN Corporation Channel 2, in the service of the Filipino.” the sign-off image says.

Today, May 5, marks the 2nd year ng ABSCBN shutdown. A really good reminder para sa ating lahat na no matter what the roadblocks are, keep fighting the good fight. And to be always in service of the Filipino. pic.twitter.com/UJAaxsRecV

Jake Cuenca joined in, too.

Former ABS-CBN employees who were laid off due to the shutdown mostly support the presidential run of Vice President Leni Robredo. It can be remembered that Robredo was against the decision of Congress to not grant ABS-CBN its new franchise.

On the second anniversary of the ABSCBN shutdown, retrenched employees of the network released a statement supporting VP @lenirobredo and Sen. @kikopangilinan.

Never forget what they did to the ABS-CBN employees and their families because of an insecure President’s vindictiveness.

We continue to stand with those who lost their livelihood and their dreams because of this injustice. #ABSCBNShutdown pic.twitter.com/M3aO9TZLOI

ABS-CBN has mostly focused on producing digital content. Its products are available on various platforms such as the A2Z Channel and iWantFc. Kapamilya programs remain the best according to Filipinos. 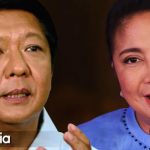 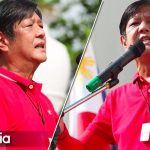