Some attendees of Bongbong Marcos’ rally in Sta Maria, Bulacan, have reportedly been robbed during the event.

According to reporter Camille Elemia, two media members and a loyalist of Bongbong Marcos (LBM) lost their phones while another couldn’t locate her wallet.

An OFW also pleaded for whoever stole their wallet to at least return their Singapore ID.

Other victims also came on the stage and said their belongings were snatched from their bags.

WATCH: Several individuals who attended the Bongbong Marcos-Sara Duterte rally in Sta. Maria, Bulacan go on stage as they plead for their lost cellphones & wallets to be returned. | @mbseppedrajas pic.twitter.com/SdYmo3iBfM

Some lost more belongings than the others. One woman claims she lost her wallet and jewelry. She also begged that her ID be returned and whoever the snatcher is could keep everything else.

Marcos critics joked with the victims, saying they should respect the suspects since they contributed by attending their idol’s rally.

The LBM always ignore the notorious history of the Marcos family during arguments by bringing up the many accomplishments of the late dictator.

The turnout wasn’t even impressive, as seen in photos.

At the UniTeam proclamation rally, a supporter had her wallet stolen as well. It contained an amount she was saving up for her children’s birthday celebration.

In a separate rally, Marcos’ son, Sandro, almost had his expensive watch stolen as he waived to the crowd.

Meanwhile, Gubernatorial aspirant Vice Governor Willy Sy-Alvarado remains optimistic that Marcos will win Bulacan. His basis is that the dictator’s son beat Vice President Leni Robredo in the province in 2016. Plus, he thinks voters will always go for the most battered candidate. 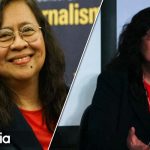 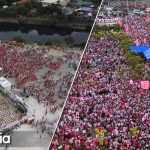