Those massively affected by Typhoon Odette believe people from different parts of the country do not precisely know their situation due to the lack of coverage by media giant ABS-CBN.

Prior to its shutdown last year, the network’s regional channel provided coverage on far-flung areas that faced calamities. Unfortunately, ABS-CBN can no longer give updates to that extent since the regional channel was forced to halt operations.

Netizens, including well-known personalities, noted the network’s importance during calamities such as Odette.

Vice President Leni Robredo, who was in Bohol facilitating assistance to the affected, said it was challenging to show the public the true damage caused by the typhoon and to communicate because of ABS-CBN’s absence.

Vice President Leni Robredo said that victims of typhoon #OdettePH believe that residents in Manila failed to see a clear picture of what happened to them because of the lack of ABS-CBN’s coverage.

In a live session, she said the affected families feel that the whole country has little idea of how bad the effects of Odette are.

No other network had the capability of ABS-CBN’s regional stations to go out there and cover disasters.

wHy iSn'T tHErE eNoUgH cOvErAgE oF wHaT'S hApPeNIng bro half of u literally prayed on the downfall of abs-cbn, which was supposedly the biggest network w regional stations. it's a big part of why none of this is being broadcasted.

Other media outlets provide updates but are not as good as ABS-CBN Regional Channel.

NASAAN NA? Where is ABS-CBN RNG when it is needed most? People are being deprived of information on what's happening in hard-to-reach areas. Yes, other news media organizations also give updates but these are not enough. Blame the information gap on Duterte and the shameless 70.

ABS-CBN reporters still go to distant areas, but their resources are now limited due to the shutdown.

This isn’t the first time ABS-CBN’s service was missed. Last year in May, residents of far-flung towns in Quezon and Aurora provinces were hesitant to take action amid the threat of Typhoon Ambo. The network was also blamed for failing to provide updates on the routes of Super Typhoon Rolly and Typhoon Ulysses.

Sadly, critics of the network still do not want to see it back on the air despite having proven to be significant most of the time. 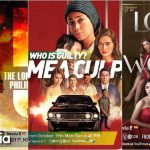 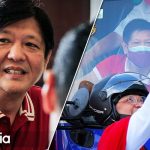