On August 16, Duterte started his talk at past 11:45 PM, which got netizens to call him out for his literal late-night talks.

Kiko Rustia and some Twitter users pointed out that the “nation” that the President was supposed to speak to is already “asleep” by the time he goes on-air.

Talk to the nation?

While the whole nation is asleep. https://t.co/7DltqrbTMm

Others expressed their confusion as to why Duterte always holds his addresses in the middle of the night.

A few stated that it’s “disrespectful” to talk to the nation while supposedly sleeping.

On the lighter note, someone recommended “The Late Night Show with The Turtle” for Duterte’s briefings.

Lol what the fuck it should be titled “The Late Night Show with The Turtle” lmao https://t.co/NSwNmLPIfW

Another joked that the President is too early for the address the following day.

The Malacanang quickly rushed to the defense of President Duterte saying, that there’s nothing wrong with airing his public addresses in the middle of the night.

He added that a replay of the address would be shown in PTV4 if people couldn’t watch the actual broadcast. 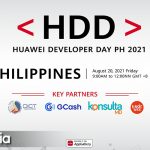 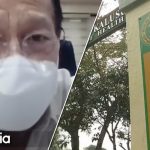