Senator Bong Revilla Jr. thanked the Lord after Sandiganbayan junked all 16 counts of criminal cases against him related to the pork barrel scam due to “insufficiency of evidence.”

In a statement posted on Facebook, he wrote that justice has prevailed after eight years of accusations. He thanked those who continued to believe in him and his family, who never left his side.

“Thank you to my family, who is always by my side, and everyone who was on the side of truth.”

He also praised Sandiganbayan’s decision to clear him of all charges as he can now move on as things thrown against him have “no basis.”

“The Sandiganbayan, by granting our Demurrer to Evidence and dismissing all the charges against me, validates what we have known from the very beginning – that all the accusations against me have no basis and any leg to stand on.”

The Senator vowed that he has not and never did get involved in graft and corruption.

“This is the reason why I did not run; I did not hide and did not evade the judicial system. I put my trust and my life in our Courts.”

Revilla mentioned that he faced everything “head-on” and claimed that everything was just a result of bad politics.

Revilla was first accused of being involved in the Priority Development Assistance Fund Scam after the 2013 elections. A year later, the Sandiganbayan issued a warrant of arrest, and he was detained at the Philippine National Police custodial center at Camp Crame.

Revilla was acquitted of plunder in December 2018 but was still facing 16 counts of graft at that time.

He was successfully elected to the Senate after placing 11th in the 2019 elections. 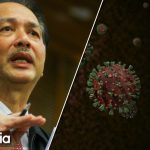 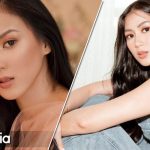