Senator and one of the Administration’s allies, Manny Pacquiao admitted that he finds President Rodrigo Duterte‘s recent stance regarding the Chinese incursions in the West Philippine Sea lacking.

In a recent online interview, the Senator compared the President’s current actions versus his stance when he was still running for the Presidency.

Netizens then reacted to the Senator’s statement, saying that it may be his way to appeal toward the masses. After all, there are rumors that he’s running in the 2022 Presidential elections.

“He knows now Duterte supporters won’t vote for him so he’s pinning all his hopes in getting the opposition votes,” a Netizen said.

Reading between the lines:

He knows now Duterte supporters won't vote for him, so he's pinning all his hopes in getting the opposition votes: the 3%. Brilliant strategy. Stable genius. https://t.co/8Cuzl01hx4

Another said that Pacquiao should just focus on boxing as politics “ain’t [his] forte.”

Joseph Montante expressed that he won’t know what to do if the Senator ever becomes the President of the Philippines.

Another shared her predictions about the Senator and the President’s relationship with each other as the election approaches.

“Pacquiao thinks he’ll make a good president because he’s surrounded by yes-men opportunists who want to make a substantial profit from a Pacquiao presidency.”

Pacquiao thinks he'll make a good president because he's surrounded by yes-men opportunists who want to make a substantial profit from a Pacquiao presidency. They'll prop him up like a puppet; and that's the easy part bec anyone can memorize lines to appear even partially smart. https://t.co/LUDC2bkwiG

Someone suggested that the two should just fistfight.

A supporter of President Duterte criticized Pacquiao and described him as an “assh*le.”

Right now, between Pacquiao and my president, PRRD is a national treasure worthy of my respect and admiration. Manny is turning into a trapo and an asshole. pic.twitter.com/iuvF3ILLfC

In March this year, Senator Panfilo Lacson mentioned that Pacquiao intends to run for the Presidential seat in the 2022 elections.

He added that Pacquiao is planning to run for the position since late 2020.

“Sinabi naman niya and he’s quite open about it. Although ayaw niyang pag-usapan because of COVID. In fairness to him, consistent naman siya na COVID na muna tayo, wag muna ‘yung politika.”

In March, the senator warned some members of the party as they signed a resolution asking Duterte to run for Vice President. Pacquiao criticized the move and said that it’s illegitimate. 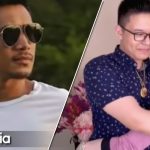