Miss Universe Philippines 2020 Rabiya Mateo is more than excited to represent the Philippines in the upcoming 69th edition of Miss Universe, which will happen at the Seminole Hard Rock & Casino in Hollywood, Florida. 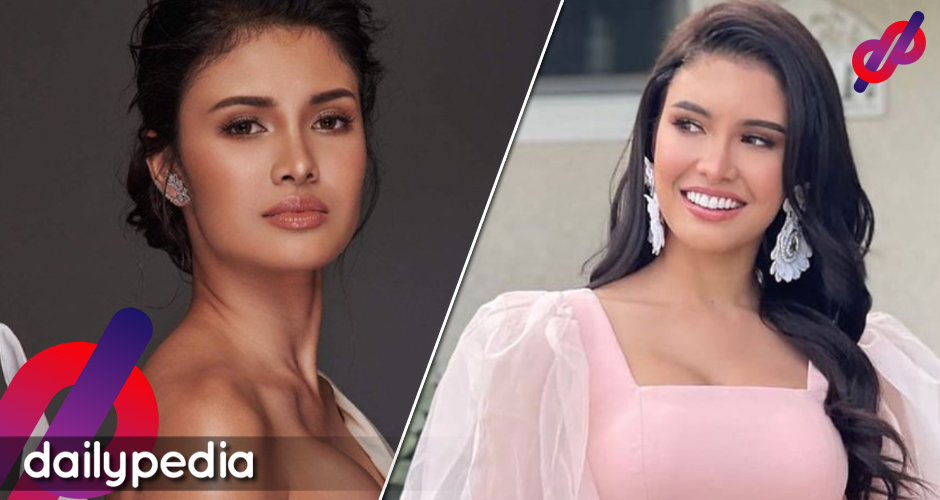 But before she tries to convince the universe that she deserves the title, Mateo first has to show off her dancing skills in the competition’s opening dance number.

She told fellow beauty queen Mary Jean Lastimosa that she will perform at the frontmost of the stage.

Rabiya did the best she can just to get the attention of the choreographer.

She revealed hesitantly details of the opening number.

“I’m not sure if I can share all of the details, but it’s gonna be four parts, so four different songs, four different sayaw. And ayun, may isang number na nasa harap tayo so happy ako dun.”

The reason why she was walking barefoot the last time people saw her was that the choreographer asked them to simply take off their shoes.

“I had an interview for a media. And then, after that, hindi ko kasi dala yung luggage ko which contains my sneakers, my flats.

She is most ecstatic about her National Costume portion of the show. She described hers as “sexy” and “very unique.”

“It’s sexy and it’s very unique. Kasi now, MJ, I was able to find my personal style. And I find confidence when I show some skin, not too much skin.

“And it’s a representation of Luzon, Visayas, and Mindanao wrapped into one. And I really envisioned myself in this costume ever since.”

However, due to the costume’s weight, Rabiya might encounter some problems when she’s doing her thing on the catwalk.

“Clue lang, yung runway namin, it’s gonna be long. So extra hirap ito for me, but I’m up for the challenge. This is for my country.” she shared.

Contestants are ramping up their training despite the competition being only a few days away. Most of Rabiya’s attention is working on her hair and makeup.

“I’m training with my hair for the finals. We have [glam] teams here, but I cannot, like, assure myself na matutulungan nila ako because, alam mo iyan MJ, during the finals, lahat na talaga ngarag na din, lahat nag-uunahan.

“So I really need to do my hair and make-up on my own. Isa yun sa mga pinagtutuunan ko ng pansin.”

The dreaded question-and-answer portion has also been occupying a lot of Rabiya’s time and she fully understands how important her answer will be.

“So I’ve been talking to several lawyers, also perspective from different people, different insights. ‘Cause I remember, Paula Shugart said that they don’t want any ‘pageant Patty’ answer.

,”More of being a spokesperson of an organization as big as Miss Universe. What do you have to offer? What can you say? It’s more of the diplomatic responsibility and obligation that you have once you’re given that position.

“So I’m trying to, you know, practice as much as I can to improve my communication skills during these last few days. Polishing na lang.” she said.

The entire country is behind Mateo, and it seems the people are confident that the Philippines will once again take home the crown.

Miss Universe 2018 Catriona Gray is calling on her followers to pray for Rabiya to succeed.

Friends! Let's send prayers up for our very own Ms Philippines #RabiyaMateo tonight as she prepares for the Closed Door Interview and National Costume show for @MissUniverse 🇵🇭 happening in the next 24hrs!! #AribaRabiya 👑

Sarah Geronimo and Matteo Guidicelli have already shown their support for the Iloilo native.

I drew miss Rabiya Mateo!
Charcoal on Vellum board

Photo reference is from Seven Barretto and his team. pic.twitter.com/gOPZdqPH52

Miss Universe needs a phenomenal woman and she is Miss Philippines Rabiya Mateo!

How to fall in the pool:

The long wait is over.. i know you will fight for it QUEEN RABIYA MATEO.. THIS IS FOR YOU
. 🌹👑 #AribaRabiya pic.twitter.com/2gxsRSHEyd

Pia Wurtzbach wants nothing more than Rabiya to win it all. 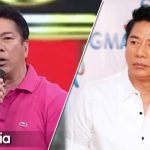 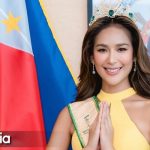