President Rodrigo Duterte admitted that the promise that he made during his 2016 election campaign was only a “pure campaign joke” and those who believed it were “stupid.”

In 2016, he pledged to ride a jetski to the West Philippine Sea and plant a Philippine flag there himself.

However, during a televised address on May 10, he stated that it was a joke and if one believed in it, he’d say that they are “really stupid.”

He added that he planned to fulfill his promise and bought a second-hand jetski but didn’t have the chance to do it as some parts that he ordered never arrived.

Netizens criticized the President as his 2016 pledge was supposedly an answer to a fisherman’s question, asking Duterte what he would do to protect their right to make a living.

That ‘joke’ was an answer to the question from a Filipino fisherman who asked Duterte during the 2016 presidential campaign if he would stand up for his right to make a living. A question asked by someone who comes from one of the poorest sector of society in the Philippines https://t.co/GUMmpIBUiY

News anchor Karen Davila pointed out that the President made his jetski pledge during the 2016 ABS-CBN Presidential debate.

This was the ABSCBN 2016 Presidential Debate.

“Reminder that it wasn’t just some part of a campaign speech. It was the answer to an audience question coming from a fisherman asking what the candidates would do about the harassment the fishermen were experiencing from the Chinese,” Noel Pascual wrote.

Reminder that it wasn't just some part of a campaign speech. It was the answer to an audience question coming from a fisherman asking what the candidates would do about the harassment the fisherment were experiencing from the Chinese. https://t.co/2J6sT0MStb pic.twitter.com/Obo0ooizhE

Quark Henares asked if what Duterte did can be considered gaslighting.

saya siguro to just say random shit as a promise to a nation and just say you were joking when you couldn’t deliver no? and then just call people stupid for believing you. does that still count as gaslighting or should we make a new word for this? https://t.co/ZCBNG3WpnM

Teddy Casino pointed out that the issue is not about the joke but about the President’s “treasonous kowtowing to China.”

Maybe you don't get it. It's not about your jet ski joke or about you backing out of the debate with Carpio. It's about your treasonous kowtowing to China and you undermining our sovereign rights in the West PH Sea. #DuterteTraydor

A Netizen urged the President to apologize rather than calling people names.

Can you just apologize rather than saying / calling those people who believes in your words that they are 'stup * d'? 😔😔 https://t.co/pIrQImqz1p

Someone also said that Duterte’s whole term as President is a “joke.”

Duterte also claimed that he never promised to retake the West Philippine Sea during his campaign. 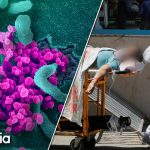 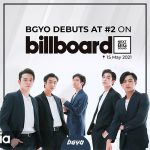