#DuterteDuwag trended on social media after President Rodrigo Duterte opted to back out of his challenge to debate with retired Supreme Court justice Antonio Carpio on the issue of the West Philippine Sea (WPS).

Netizens, including some well-known personalities who are not supporters of the current Administration, took the opportunity to criticize Duterte.

Jim Paredes said Davao City Mayor Sara Duterte might want to think twice before using her husband’s surname, which happens to be “Carpio” for it may “freak out” his father, the President.

Sara may not want to use her husband's surname kasi baka ma-freak out si Tatay. 🙂 #DuterteDuwag

Fellow singer Leah Navarro was retweeted a post that had #DuterteDuwag on them. She doesn’t think Roque is on Carpio’s level.

Duterte is president, sure. But he’s done nothing to honor his presidency. Roque is an ambulance chasing lawyer. Both of them are nothing compared to former Senior SC Justice Carpio. They know that. Hence, the retreat and inferior substitution.

When Roque said they don't want Duterte to stoop down on Justice Carpios level!

Senator Leila de Lima, much like the millions of Filipinos, considers Duterte as a traitor to his own country for constantly painting China in a good light.

Edwin Lacierda has more respect for a porridge dish as it has more “balls” than Duterte.

According to Presidential Spokesperson Harry Roque, Duterte would rather have him debate Carpio, and he gladly accepted.

“Retired Supreme Court justice Antonio Carpio, it would be a pleasure to debate against you. I’ll see you at the designated time and place,” he added.

Roque explained that Senate Presidente Vicente Sotto III, and Senator Aquilino Pimentel III advised Duterte to not go through with his challenge because the Filipino people will not benefit from it. Carpio is just now an ordinary lawyer, and because Duterte might affect public policy.

Roque himself said he considers Duterte the “modern-day Lapu-Lapu.”

Carpio meanwhile will not bring up any issues concerning Scarborough Shoal. 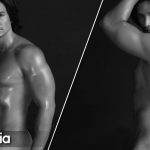 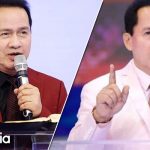